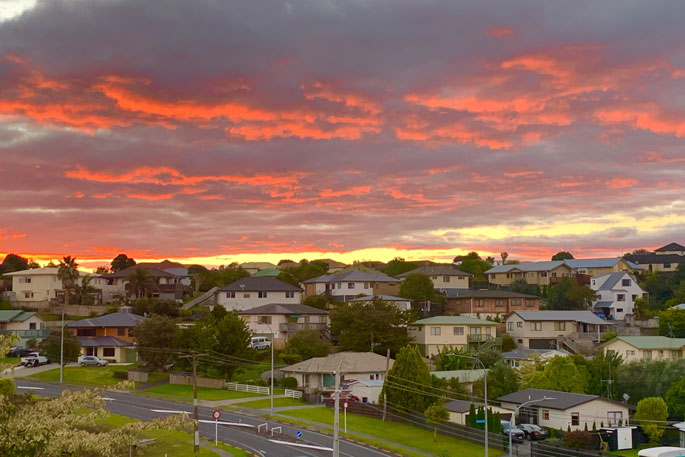 A huge high has been parked west of NZ for a week now and is encouraging a light but cool southerly flow into the country.

It's this flow that is encouraging gloomy weather in some southern and eastern areas, says WeatherWatch.co.nz

"Coupled with the autumn equinox (which was on Saturday at 10.37pm and now means our nights are getting longer than the days), it's not surprising the mornings have been a little cooler lately," says the weather organisation.

"However, this week that huge high finally shifts from being west of NZ to east of NZ and this shift will see the southerly fade out entirely and be replaced by a milder northerly flow by the end of the week and into the weekend.

"For many regions this will push overnight lows from the single digits back into double digits.

"For those still having double digit overnight lows the added warmth later this week will push them into the teens and for northerners, like Auckland, overnight lows jump back to around 17 degrees by the end of this week and weekend." 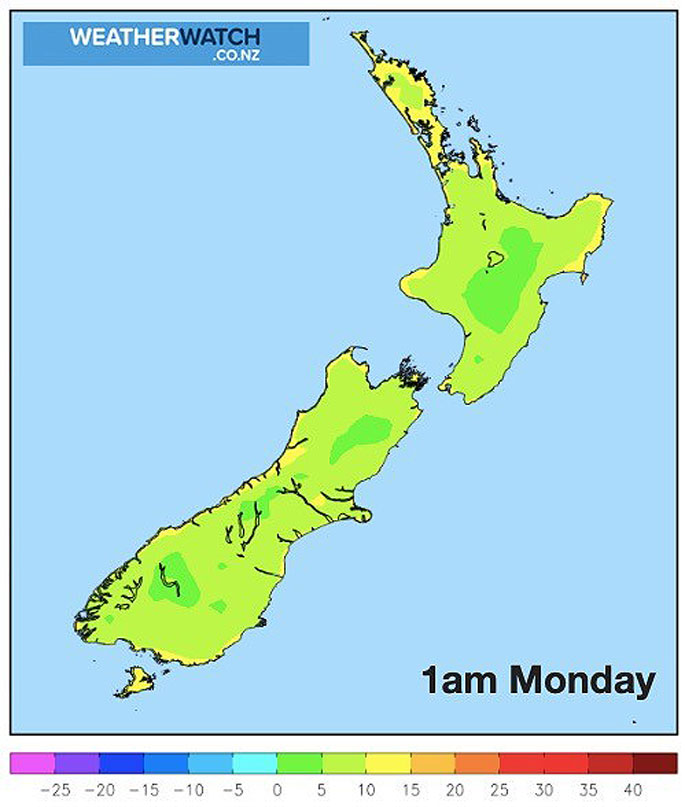 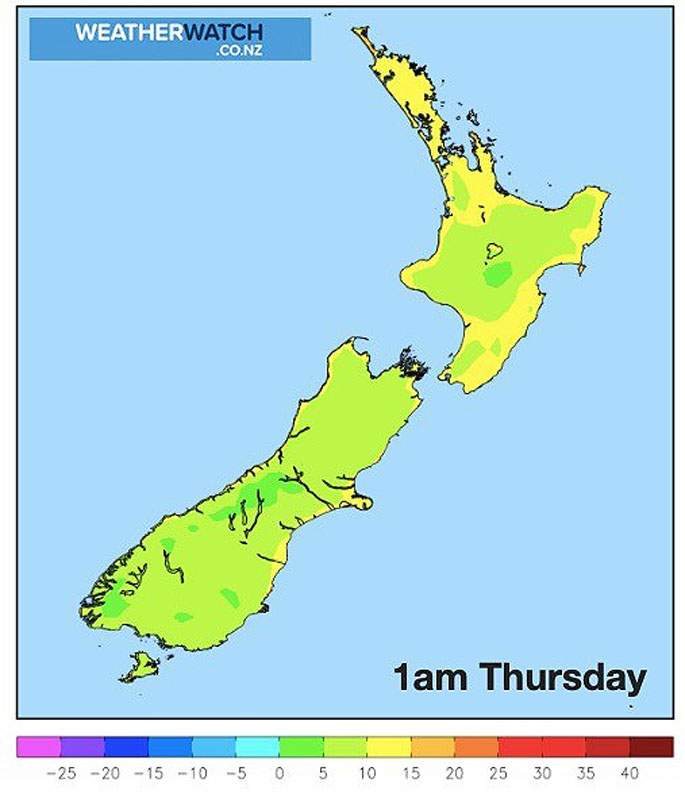 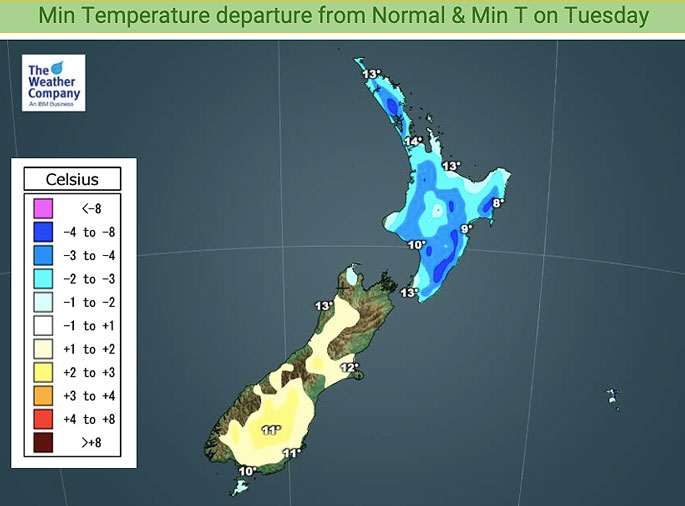 By Thursday warmth is starting to creep back down from the north with more locations in double digits (Yellow shading).