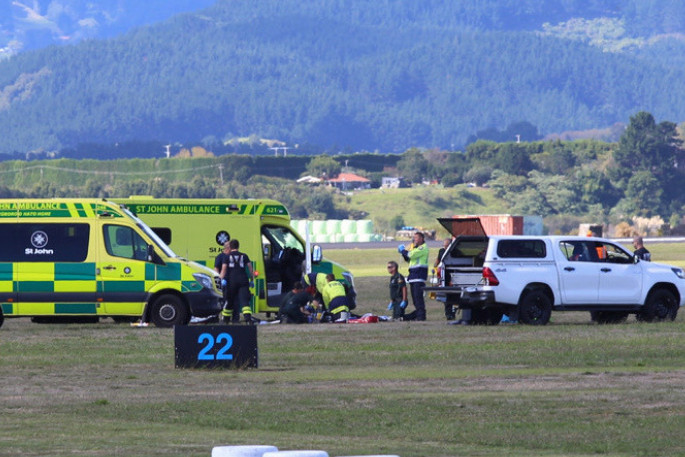 The sudden death of a skydiver has sent New Zealand’s skydiving community into shock.

Police reported the man died on his way to hospital, after skydiving near Kittyhawk Way, Mount Maunganui on Saturday morning.

The Civil Aviation Authority is sending two investigators to Tauranga on Monday to determine what happened.

WorkSafe is also investigating, the police and Coroner are making enquiries too.

It’s believed the skydiver worked for Tauranga Skydive but had been skydiving alone on Saturday.

The company says its chief executive Donnie Banez would release a statement on Monday.

Skydive Auckland Operations Manager Fiona McLaren says she does not know the man who died but agreed it would be a shock to everyone involved in the industry.

“It doesn’t matter whether it’s a fatal or a serious injury, no one wants to see anything like this happen.

“Obviously the skydiving industry is going to feel sadness over the loss of one of our own.

“We are a very close community but the effect of something like this will extend further than just skydivers.”

She was “very pro safety” during her career in skydiving since 2004. She had worked at Skydive Auckland since 2012.

“There are strong safety measures in place but despite everyone’s best efforts, from time to time there can be incidents.”

Fiona says she was not aware of the details of the Tauranga incident but understood the man was a sport skydiver and had not been tandem skydiving with anyone on Saturday.

“I know that Skydive Tauranga is a very well run business and they take safety very seriously, they are a great bunch of people.”

NZ Parachute Federation facilitates sports skydiving competitions but its vice-chairwoman Lisa Chambers says she could not comment on the Tauranga incident because she does not know the details.

She referred to the New Zealand Parachute Industry Association - NZPIA -  which promotes safe skydiving through education, training, certification, and other qualification programmes.

NZPIA’s chairman Stuart Bean had been contacted for comment.