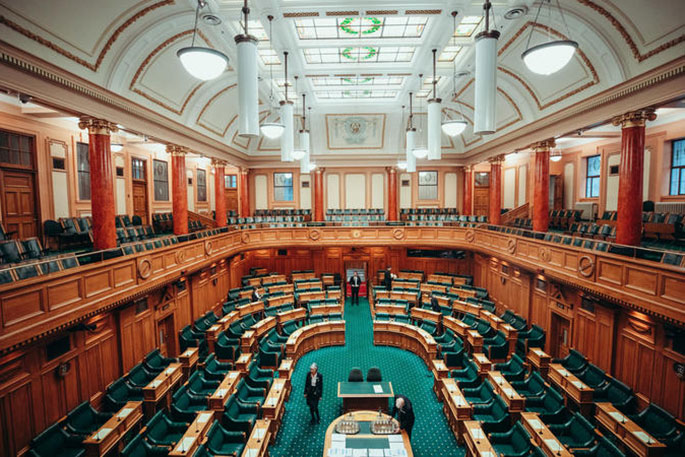 The bill has passed its third reading in Parliament. Image: RNZ.

The Child Support Act has been amended to reduce the scheme’s complexity, improve fairness and increase compliance.

“It is clear that some of the penalties imposed for unpaid child support are actually deterring people from meeting their obligations when those penalties start mounting up,” he says.

Parliamentary Under-Secretary Dr Deborah Russell says the changes made the scheme as fair and simple as possible.

“The Government is committed to making changes that will mean better long-term outcomes for more Kiwi children and this will provide certainty for parents and the 185,000 qualifying children,” she says.

“These changes give Inland Revenue more time to contact parents to explain child support requirements and contain more effective penalty rules. Increasing understanding and compliance will help prevent people from getting into difficulties. We want to ensure that parents feel better about engaging with the scheme,” says Dr Russell.

“But the bottom line is that children in the scheme are going to benefit from this new legislation,” she says.

Newly liable parents will now have compulsory deductions made from their pay by way of employer, enabling new participants in the scheme to get it right from the start.

The bill also introduces a four-year time bar on the reassessment of child support and a fairer definition of income to include interest and dividends for salary and wage earners, using information already available to Inland Revenue.

“The purpose of this definition change is to better reflect the liable parents’ financial capability to support their children,” says David Parker.

The repeal of child support incremental penalties will come into effect from April 1 2021.