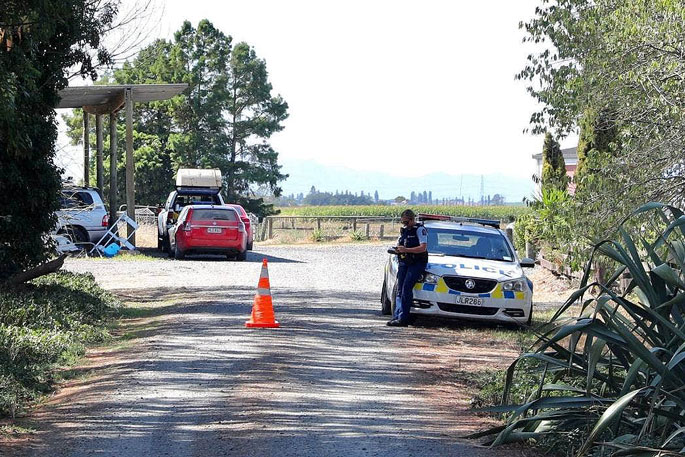 Police examined a property in Gordonton, near Hamilton, following the death of man on Tuesday. Photo: Dominico Zapata/Stuff.

A homicide investigation was launched after a man who was seriously injured in the incident in Gordonton, on the northeast of Hamilton, died in hospital.

Police announced on Wednesday, the day after the incident, that a 42-year-old was in custody and a homicide investigation was under way.

The 42-year-old man made his second appearance in Hamilton District Court on Thursday, and his interim name suppression was continued.

He now faces three charges of threatening to kill and two charges of assault on a person in a family relationship.

They were for "a number of family violence matters," Community Magistrate Terry Bourke said.

He remanded the man in custody without plea until his next appearance on Monday.