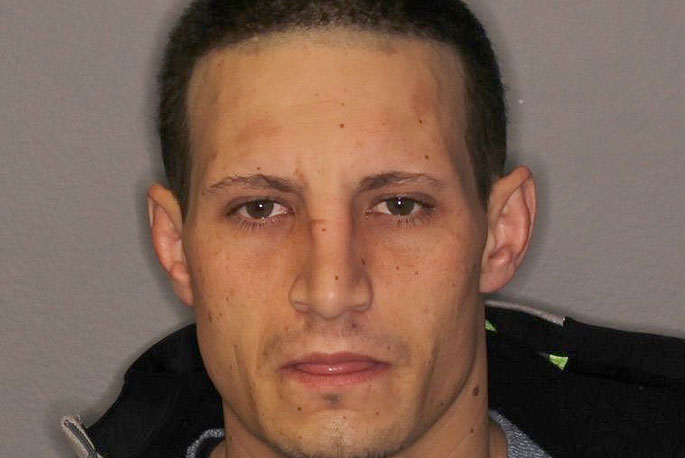 Western Bay of Plenty Police are searching for a man who allegedly fired a shot at police earlier this morning.

Just before 3am today, a police unit identified a man they believed to be Aren Curtis, 31, driving a black-coloured Audi car in Mount Maunganui.

“The unit signalled for him to stop the vehicle on Truman Lane in Mount Maunganui however he failed to do so.

“Police did not pursue the vehicle, but spikes were successfully used and the vehicle came to a stop on Seaspray Drive.”

Clifford says he got out of the vehicle and was being pursued on foot by Police staff when he allegedly fired a shot in their direction.

Nobody was injured as a result.

“Cordons were initially put in place near Seaspray Drive, however, they have now been removed. The Eagle helicopter also assisted in the search.

“Thankfully our staff attending this incident were not injured, but this could have had a very different result.

“If you know the whereabouts of Aren Curtis, we are asking you to contact us immediately and let us know where he is. He should not be approached.

“We want to reassure the public that there will be an increased police presence in the area today as we actively search for Mr Curtis.”

Alternatively, information can be provided anonymously via Crimestoppers on 0800 555 111.

With this PC bull####. Allegedly? He either did or he didn’t?

How hard is it?

You’re being chased by the Cops. You panic and run. You have a weapon (very bad choice) and fire it (maybe not even trying to hit anybody). Now you have compounded whatever your original crime was by at least 3 times. Let’s say, you are "lucky" and you get away. (This time...) Unlike the movies and TV shows you were raised on, you are NOT living in a pond of hundreds of millions of people where you could maybe hide for a while. Instead, you are living on an island. A small island. It is inevitable that you will be caught; if not today, probably tomorrow. Give it up. Bin the gun; you don’t need it and you never did. You will appear in Court as an inescapable consequence of the choices you made, but you could have made it much easier on yourself by not running...