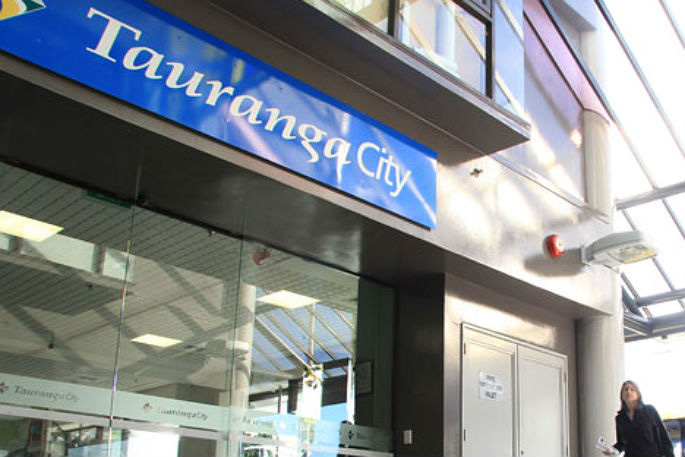 The proposed rates increase for the median household in the coming year is 12 per cent, or about $5.46 per week.

Upgrading Tauranga community facilities and helping people move around the city more easily are among six long-term investment priorities being considered by the City Council.

The priorities are identified in a ‘working draft’ version of the council’s upcoming Long-term Plan 2021-31, which aims to make Tauranga a better place to live now and in the future.

The city faces major challenges because infrastructure investment has been neglected, contributing to problems such as traffic congestion, a housing shortage, and overburdened community facilities.

The city’s commissioners discussed the investment proposals at a public meeting on Monday.

1) Homes – create more space for homes and businesses to ease Tauranga’s housing shortage and provide for more than 9000 jobs between the city centre and Tauriko.

5) Resilience – strengthening the city’s ability to cope with natural hazards such as tsunamis, floods, landslides, erosion and sea level rise.

6) Delivery – improving the council’s resources to provide quality services and ensure the 10-year investment programme can be achieved.

She urges people get involved when the plan goes out for consultation in May.
“This long-term plan is the most important in living memory and the involvement of our community is crucial,” she says.

Overall, the council proposes to invest about $3.6 billion over 10 years on infrastructure including roads, pipes, parks and wastewater facilities.

The council is considering several options for funding these investments, including equitable ways to spread proposed rates increases among households and businesses.

The proposed rates increase for the median household in the coming year is 12 per cent, or about $5.46 per week.

An additional charge of about $3.70 per week will apply for kerbside collection.

For many households, the council’s kerbside service will be cheaper than what they are currently paying for waste contractors and rubbish bags.

The median home is the one valued at the mid-point, meaning there are an equal number of more valuable and less valuable homes across the city.

The council proposes increasing the commercial rates differential from 1.2 to 1.6.

The differential partly recognises that businesses can claim their rates as an expense in their tax deductions and reclaim GST.

The proposed 1.6 differential would still be the lowest of any New Zealand metropolitan city.

If the differential moves to 1.6, the median commercial business rates increase will be 39%, or about $36 per week.

The council will consult on the plan with the people of Tauranga from May 7 to June 7.

Protected Pohutakawa Trees . . . REALLY? An old tree that’s going to die regardless takes priority over brain? Absolutely appalling indeed. Time to face reality TCC and greenies. When trees mean more than people and sensibility things are out of control. PC bull.. it that reeks havoc on daily life. Roll on the stress related medical Bill’s . .

@gottabekidding. I have heard that the Pohutakawa trees on the water side are protected. But Even if they could achieve 3 lanes and used a "tidal flow" lane where it goes into the city center in the morning and out in afternoon. Would achieve the same thing. The fact they miss is...the more frustrated our drivers are. The more likely they are to take a risk!!!! Stop creating congestion in the name of safety. It’s B.S. We all know it’s to push busses that almost no-one uses.

More of the same

It’s all just pie in the sky. Infrastructure investment hasn’t been neglected. They have wasted hundreds of millions on stupid schemes like Greerton, Cameron Rd, Ngatai Rd, Barkes Corner. We will get more of the same because the Council is run by unelected wokesters.

The city needs to focus on something other than moving people by cars and car parks. Walking, biking, or taking the bus in our city is shocking and dangerous.

Paying Tor The Past

Why do the planners in council insist that the reason for a upgraded Cameron Rd is based on safety, look what happened at Greerton a complete shambles. These guys couldn’t plan their way out of a paper bag.

@ gottabekidding. Completely agree. All the way from Memorial park to Turret road bridge along the waterway. That would let people avoid the Fraser ave, 15th intersection which is horrible!!!! Anyone going anywhere need to go to the one intersection before going to where they actually wanted to go! It’s lunacy.

If you spend any of it butchering the ease of use roads, like what was done to downtown Greerton, I’m sure you will be searching for new jobs in no time.

I’m all for council spending providing the targets are well thought out and would see major benefits for the community. However, that is unlikely with past experience indicating department managers, particularly parks and reserves, having an empire building mentality and the roading department that is happy to have stationary traffic, sightline hazards at roundabouts, reduced road width, wider cycle lanes and poorly phased traffic signals. But, long term I see this as a signal that the museum is raising it’s ugly head again as it says quite clearly, build new council/community facilities.

Rates on the median property including kerbside rubbish is therefore $9.16 or $476.32 per annum rise. That’s median so more or less. That’s this year but of course rises year on year thereafter. Hopefully some can get a low income rebate . Maybe that needs looking at in the process for people on fixed incomes as the super rate increase won’t cover it.

Pull that kind of money from my orifice! I hope that includes a new bridge at 15th Ave, not that hard just buy up the houses along turret and put a four lane road in. Will cost a bit but hey if they had done it 10 years ago like tcc should have it would be far less!

These guys have no clue apart from massive spending and equally massive tax increases. Watch businesses close and people start to leave. If your running a rubbish business why not compete rather than force everyone onto a system not everyone uses. Same for you infrastrucutre...you are clueless