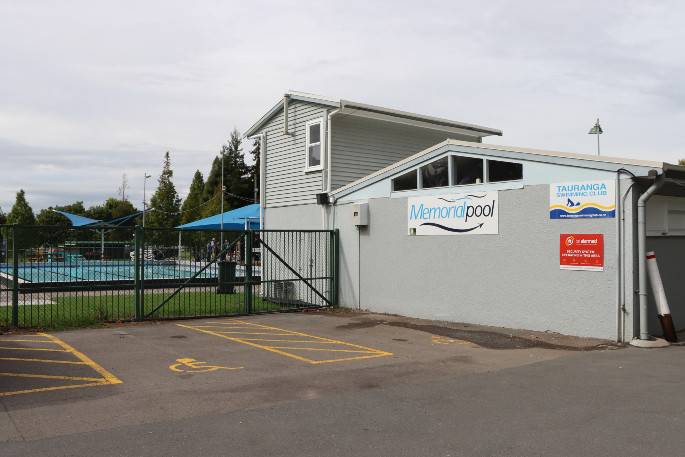 Tauranga City Council is proposing to include a $45 million upgrade to the Memorial Park Pools in its Long Term Plan.

The pools, which were built in 1955, are one of a number of community centres across the city up for improvements.

Bay Venues interim chief executive officer Justine Brennan says Memorial Pools are a much loved community aquatic facility, but are the oldest within the network of community pools.

“Bay Venues is really proud to have played a key role in driving the innovative thinking to support the potential redevelopment of Memorial Pool.

“Significant work has been undertaken over the last two years to provide evidence to support the potential redevelopment of the pool and we are excited to see how the project progresses through the long term plan.”

During last week’s Tauranga City Council meeting, Community Services general manager Gareth Wallis said there has been an under-investment in community facilities over an extended period of time.

“Because of that, many of the city’s facilities are worn out or nearing end of life. Yes, we can keep getting the gaffa tape and the glue but inevitably at some point, we have to significantly fix things or do things differently.”

He says Memorial Park is seeing increasing higher renewal costs year on year and other facilities across the city are also in need of some TLC.

“Three of our community centres in Elizabeth Street, Merivale and Welcome Bay built in 1960, 65 and 77 respectively, are in varying stages of deterioration.

“The domain grandstand was built in 1962 and has significant seismic issues.

“The central library was built in 1989 and has weather tightness issues, seismic issues, deteriorating glazing, dampness and odour issues, insufficient toilet facilities, and the list goes on.”

He says up until recently, there was no co-ordinated plan for the development of community facilities across the city.

“Decisions tended to be made on an ad-hoc basis and in isolation.”

Gareth says to address the city’s extended period of under investment, the current end of life and capacity issues and to prepare for the growth of the city they have developed the Community Facilities Investment Plan.

Reading the article it sounds like we are some ramshackle shanty town. And it is all due to short-sighted maintenance over time. I love the Memorial pool and spent most of the school holidays there when I was a kid. I don’t want to see it go. But I loved the Sound Shell too, and that’s now gone... I’d give in and save the $45M if I thought they would use it wisely elsewhere, but their track record shows that they won’t. "User pays" is a fair concept but there are things that a city with any self-respect needs (like a Library and an Art Gallery...) and the return on these investments is often not counted in money. We do not live by bread alone, but TCC has cleaned out the bakery, and now we’re short of dough... I feel the same impotence expressed by others. It’s bad.

Yes, we can keep getting the gaffa tape and the glue but inevitably at some point, we have to significantly fix things or do things differently.” We wish you would do thing’s differently. But you refuse to. It’s clear that you have already planned to throw rate-payers money at the problem. To hell with what we think aye. To hell with any facility paying their own way and justifying their own existence. This is why we hear of people not providing feedback anymore. fait accompli We already know that you’re going to do it anyway.

What planet are they from? To spend $45 Million is just plain stupid, we have more pressing problems than a pool.

close them if it doe’s not pay its way, like many other facilities. we brought in a commissioner as we are bankrupt, there are much more urgent things to fix, water for one, it will be sewerage not coping next with the growth here, we seam to have a lot of no hopers in council here.

Where were they when needed

At one stage there was a plan to upgrade the pool, but from memory TCC at the time not keen.

Close it. These places need to pay for themselves or not exist. That is called "self-sustainable". If they are nothing but places for public funds to be spent. Close them now. Why is a 33 year old building (Library) so many issues!!? Must surely be design problems!!! How about TCC go away now and 1) Sue the designers. 2) Review all the current/upcoming projects to make sure that doesn’t happen again? How can a reserve be soooo expensive!? You just don’t develop it!!! Easy! Reserves don’t mean people need to walk through them. It means the opposite really imo.

Love how Multi millions roll off the balance sheet like water ..oh wait we have a dire lack of water because of inadequate infrastructure planning ! And so much other infrastructure needs upgrade.

I have always believed that the memorial pools were only actively working during the summer months. Is spending $45 million on an underutilised public facility wise usage of public funds. But I bet it still gets better patronage from the walk-up public than the art gallery.