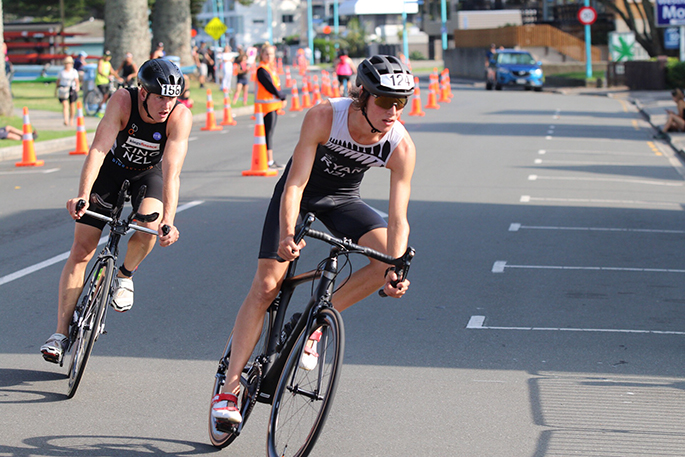 Set against the stunning backdrop of Mauao, the Marra Sprint Triathlon today will be host to athletes from around NZ, including many last minute entries from Auckland.

With the news on Friday that Auckland was returning to Alert Level 1, it has meant the triathlon organisers were able to hold a full event.

“We cannot wait to see you all!” was posted to the event’s Facebook page on Friday. “To celebrate, we are opening online entries again from 12pm to 3pm today - so you can enter without late fees.”

The late entry of Auckland athletes into the triathlon will be of keen interest to those who had their eyes on top placings.

The Mini is designed for 6-11 years of age, the Monster for 12-15 years, and Short for the over 16s, and the Sprint is open to adults. Athletes can compete as an individual or as part of a team.

Starting in Pilot Bay, the transition area for the race opens near Salisbury Wharf at 6am. The first group of athletes – the 6-11 year olds – start their races at 7.30am. The Monster and Short follows from 7.45am and the Sprint competition starts at 8.45am.

Please be aware that roads around the Mount will be closed this morning due to the Marra Sprint Triathlon.

The below road closures will be in place to support safe event operations from 5am to 12pm on Sunday March 14:

- Salisbury Avenue from Victoria Road to The Mall

- The Mall from Salisbury Avenue to Prince Avenue

- Prince Avenue from The Mall to Victoria Road roundabout

- Adams Avenue from The Mall to Marine Parade

Roads may open earlier subject to the progress of the event. 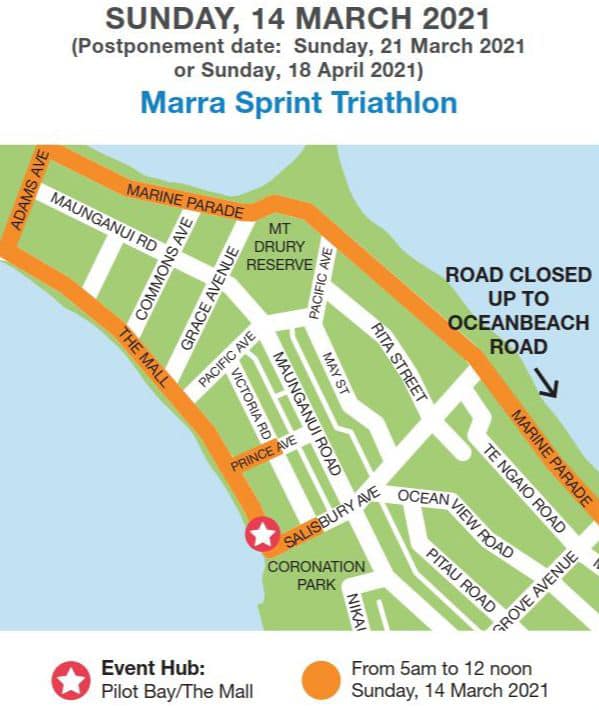