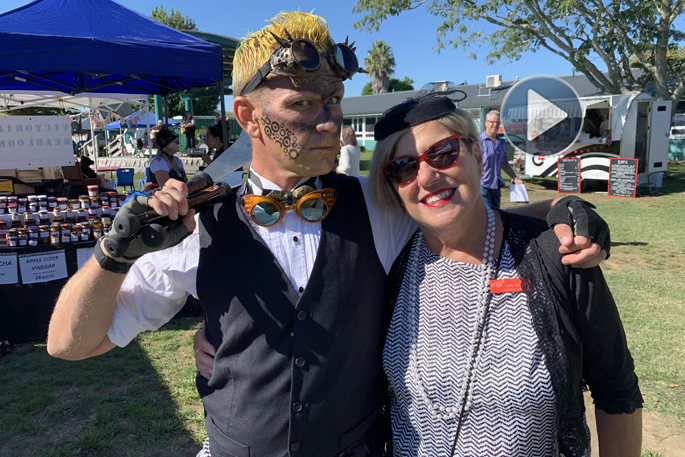 Hundreds have been at the fair already and everyone is having a ball says, reporter at the event Rosalie Liddle Crawford.

Stalls selling all things vintage, retro and steampunk are alongside food vendors, a free giant kids’ slide and a mechanical bull for the big kids. The stage is pulsing with live music from Cleverwood, playing favourites from the 60s to 80s. 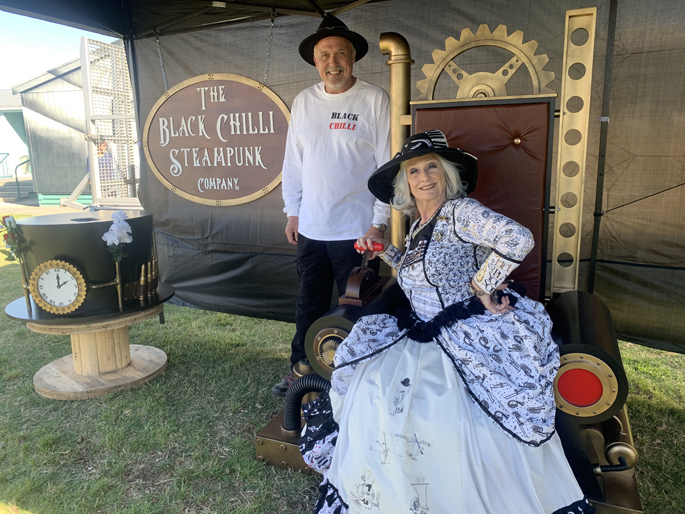 Richard Parker with Ann Dugmore from Steampunk Tauranga at the Black Chilli stand.

Roving entertainers, a ‘cake and a cuppa’ served on the verandah, and a steampunk parade will all be topped off with the Best Dressed competition at noon.

The competition matches this year’s theme of vintage, retro and/or steampunk, for any ladies and gentlemen who want to show off their fashionable and creative side. 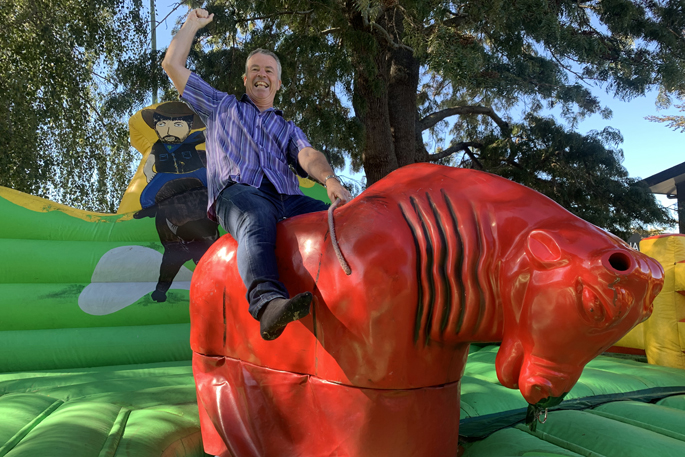 Ewan McLeod, MC for the fayre warming up the mechanical bull. 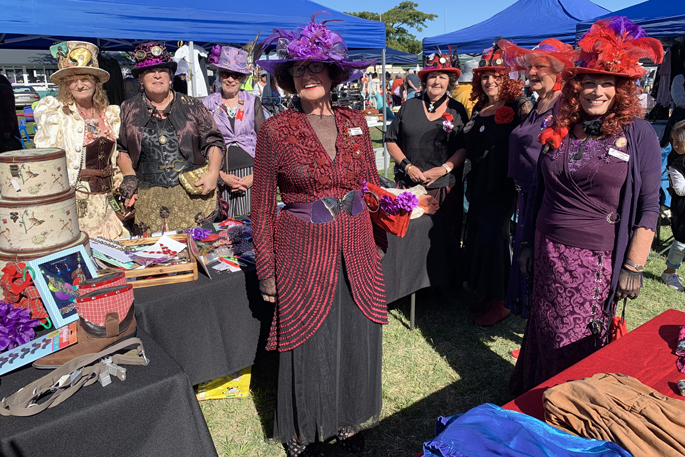 Ladies all dressed up for the fayre. 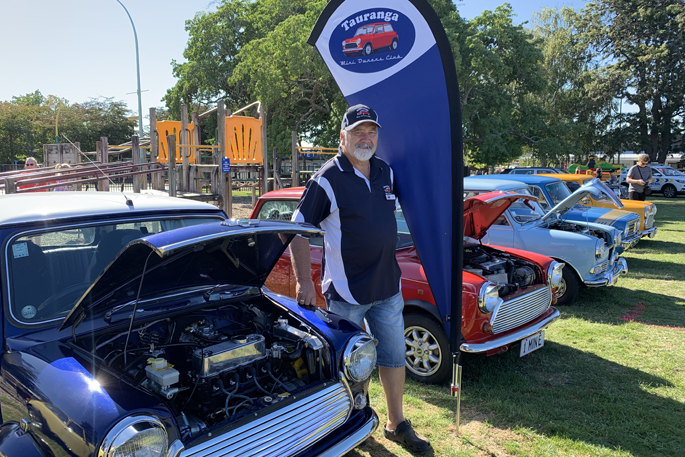 Dave Watson has two minis in display at the fayre with a total of nine minis from members of the Tauranga Mini Owners club.