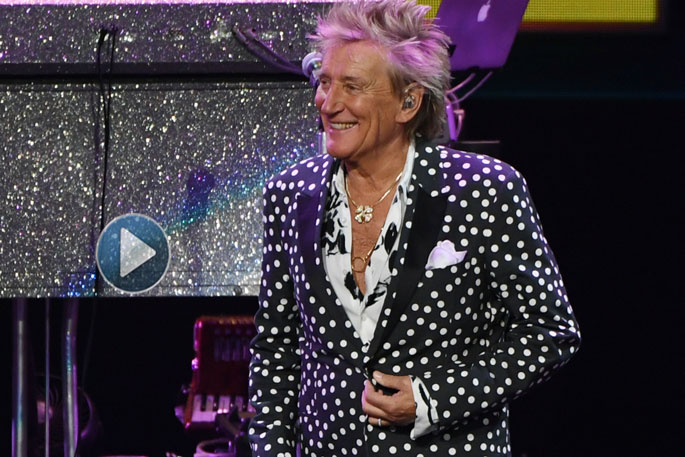 Rock the Dock will see Stewart perform an emotive rendition of his song Sailing, from London, with the recorded performance beamed onto the big screens in Dine at Bayfair Shopping Centre.

Sailing fans at Bayfair’s Emirates Team New Zealand Fan Zone are invited to sing along with Rod as his performance airs this Saturday, March 13, between 2.30pm – 3.30pm.

With the global event being one of few able to currently take place, it is expected that thousands of people around the world will watch this special message from Tauranga and New Zealand.

“It’s heart-warming to think of the millions who will receive our message of unity. Many will be planning their next trip to visit our special part of the world when the time is right.

“I encourage Tauranga’s sailing fans to rock along to Bayfair and show their support for the America’s Cup, Emirates Team New Zealand and skipper Peter Burling,” says Dunne.

The iconic rocker had a message for kiwis, rallying them to sing along with him wherever they are in a show of unity and support for the teams and their fans around the world.

“I’m excited to be performing for the America’s Cup in New Zealand and Sailing is the perfect fit. With fans being unable to travel, I’m hoping that this special performance will remind us that we’re all in this together,” says Sir Rod Stewart.

The bespoke performance will celebrate the beginning of racing, as New Zealanders around the country tune in to witness the spectacle of the 36th America’s Cup.

For more information on Rock The Dock, go to www.newzealand.com/int/americas-cup/

Looks like the Kiwi’s are shafted again. Nearly a million bucks of tax payer money for his so called "spontaneous" sing along. Pretty disgusting. Shows you the mindset of Tourism NZ, don’t give a toss about how public money is spend.