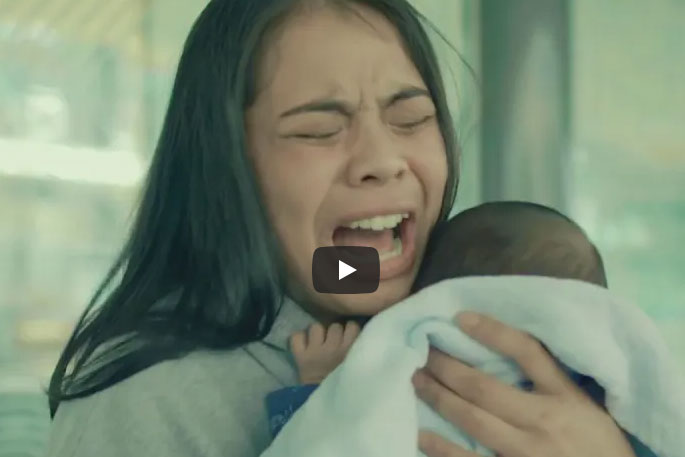 A screenshot from the film. Supplied photo.

Exposing New Zealand’s shameful maternal suicide and perinatal depression statistics is the aim of a short film launched today in Parliament by a group of experts demanding policy change.

The hard-hitting dramatisation of the silent and lonely struggles of having a baby, pre and post-birth, brings the stark realities of maternal suicide and perinatal depression to light.

New Zealand has a maternal suicide rate five times higher per capita than the United Kingdom (PMMRC Annual Report 2019), and one of the worst postnatal depression, family abuse and child homicide records in the world (UNICEF).

Postnatal depression affects up to 15 per cent of mothers with lack of support recorded as a factor (depression.org.nz).

Mothers Matter members have tried repeatedly to meet with various Government Ministers for more than three years, but despite their pleas have never been granted a meeting or an opportunity to talk.

Politicians, and experts and stakeholders from across the perinatal health sector attended the event that demanded Government pay attention to this crisis.

“Our mothers can’t wait any longer for the care they so desperately need.

“Mothers already have a right to at least 48 hours of postnatal care but are often not receiving it because of overloaded hospital maternity units.

“There are constant headlines for all to see of code - red alerts in our maternity units across the country, not to mention the documented poor treatment of birthing mothers during this Covid-19 period.

“What will it take for the Government to listen to us and the many voices on our social media channels? How many deaths? How much mental trauma?”

Only Government can make the changes needed to protect the health and wellbeing of pregnant and new mums, through policy and legislation so urgently needed, says Dame Lesley Max.

“We are calling for equitable perinatal care across New Zealand via a targeted ring-fenced fund that is determined by the mother’s choice about the care she needs and receives.

“This should include funding for obstetrician-gynaecological health checks, pre-birth and post-birth, with wraparound services to meet her needs and those of her whānau. High obstetric risk women should be directed to appropriate facilities.

“If we’re serious about making intergenerational change in maternity care in our country, we must start at the beginning and look after our mothers. The scientific research into the first 1000 days of a child’s life and its impact on the rest of their life is irrefutable.”

People will be able to get involved by ‘Raising the Red Flag’ by wearing a badge in the shape of the campaign’s red flag, sharing red flag graphics on Facebook, or writing to your local MP.

People can find out more on the Mothers Matter website www.mothersmatter.nz

WHERE TO GET HELP

Kidsline (open 24/7) - 0800 543 754. This service is for children aged 5 to 18. Those who ring between 4pm and 9pm on weekdays will speak to a Kidsline buddy. These are specially trained teenage telephone counsellors.