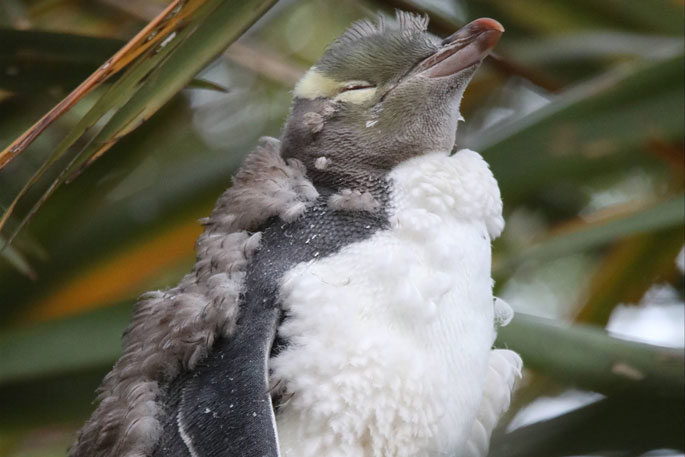 The moult season (February to April) is a crucial and stressful time for New Zealand’s cherished penguins, but our actions can make all the difference, says the Department of Conservation.

During the moult, the nationally endangered hoiho/yellow-eyed penguin (and other penguin species such as little penguin/kororā) come ashore to grow new feathers.

At this time penguins must sit ashore for 3-4 weeks to replace all their feathers at once and can't go to sea to feed until they are waterproof again.

Growing feathers requires extra energy and penguins need to almost double their weight to sustain themselves through the moult.

They will typically lose 3-4kg during this time.

“The moult is a very dangerous time for penguins and it’s vital we humans play our part in keeping them safe by ensuring dogs are on a lead, watching out for penguins and giving them plenty of space,” says DOC Marine and Coastal Species Liaison Officer, Chris Page.

“During this time, they are less mobile and unable to escape to sea. With the hoiho population already vulnerable, any death or stress to these precious birds from humans or dogs is a significant threat that is entirely avoidable.”

Penguins may moult on beaches where they are not normally present, making this a crucial time for owners to ensure their dogs are well away from penguin habitats, on a lead and under control.

“Recently the PM said it’s okay to politely call people out if they’re breaking the COVID rules, and that sentiment really applies here too.

"At a time like this during the moulting season it’s really important that if you see someone trying to take a selfie with the manu or wanting to pick one up because it might look unwell, that you politely ask them to refrain. We know the negative impacts of human interaction on hoiho, and they are at their most vulnerable when they are moulting,” 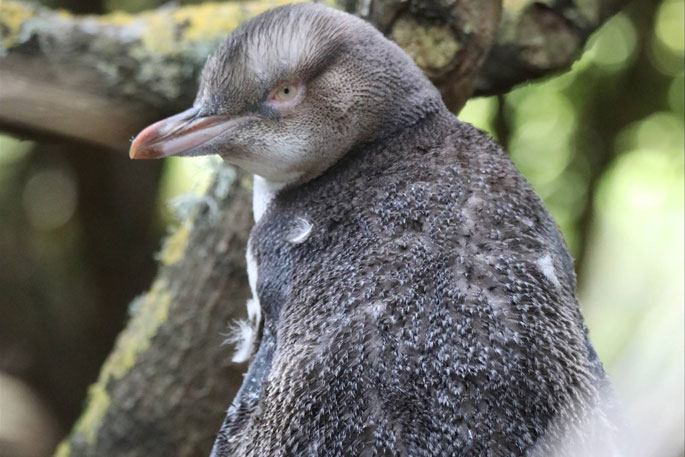 Hoiho are typically found across the south-eastern coastline of Te Waipounamu (the South Island), Rakiura (Stewart Island) as well as the Subantarctic Islands. These incredible, charismatic birds are under threat and their numbers are declining, says Chris Page.

“DOC is working with Ngāi Tahu, Fisheries NZ and the Yellow-eyed Penguin Trust to protect hoiho and halt this decline but these birds face threats on so many fronts. From human disturbance, dog attacks and vehicles on beaches to disease, climate change, food availability and predation, hoiho need all the help they can get. Ensuring our own actions don’t add to their trouble is really simple and easily achievable, but it takes all of us playing our part.”

Rangers from DOC, the Yellow-eyed Penguin Trust and other organisations are out looking for and checking on moulting birds.

“You may see penguins that look particularly scruffy during the moult, this is normal. However, if you are concerned about a penguin, please call the DOC hotline (0800 DOCHOT) and alert others if they are entering areas where penguins are moulting.”

How can you help?

Everyone can do their bit to help out this iconic species. You can help our precious wildlife by: