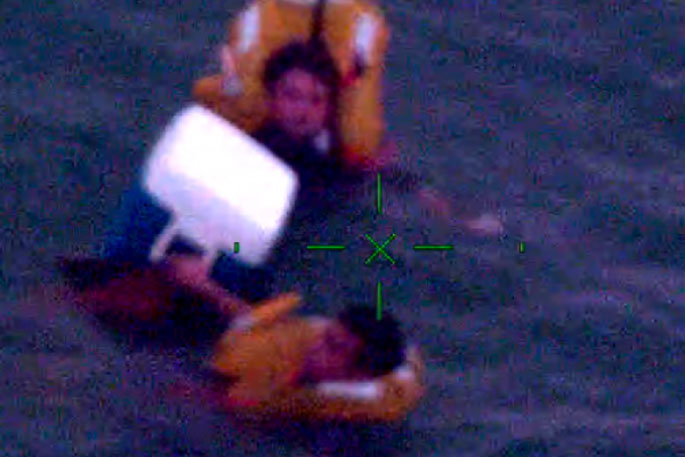 Zak Grammer and Jordan Ishigaki clung to a chilly bin for an hour-and-a-half before being rescued.

Two fishermen plucked from the Firth of Thames after their boat sank are thankful for the efforts of two Waikato police officers who came to their rescue, and for quality lifejackets.

Thrown into the swells off the Firth of Thames after his boat capsized, Zak Grammer gripped his cellphone making a frantic emergency call.

He spent minutes on the line relaying his location before the phone went dead.

Clinging to a nearby chilly bin, all he and mate Jordan Ishigaki could do was wait in the choppy seas as darkness closed in.

It was some quick-thinking and resourceful actions of two eastern Waikato constables, who enlisted the help of a local boatie to retrieve them from the ocean, that helped save their lives that night.

The report was good and the Firth was “flat as a pancake”, says Zak.

The pair arrived at the mussel barges around 5.30pm fishing for snapper, when the wind picked up.

“It shows how quickly things can turn,” says Zak. “By then it was getting choppier, so we packed it in and were coming across the Firth when the wind picked up.”

Within 20 minutes, the pair realised they could be in trouble.

“All of a sudden the engine cut out and a wave came straight over the top – that was half the boat. We started bailing out when the second wave came, really quickly.”

The nose of the boat went up, tossing Jordan into the sea. Zak was pulled under the canopy and popped up to find his boat three quarters under water.

Both in the ocean, they popped their lifejackets and scrambled to grab the nearby chilly bin. 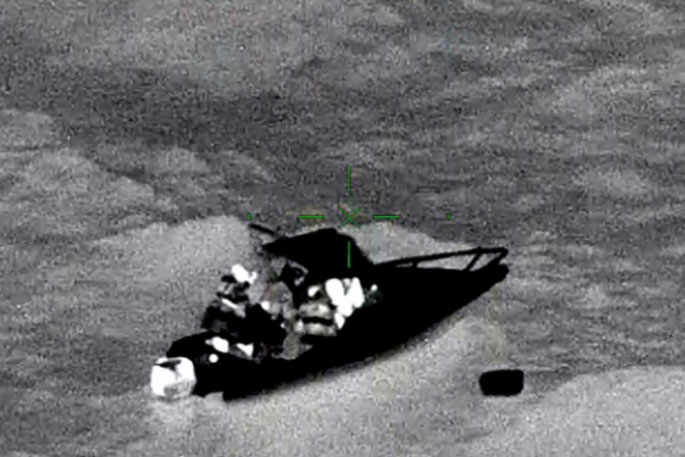 Constables Jordan Crowe and Ben Mason enlisted the help of another boatie to retrieve the pair from the ocean.

Still holding his cellphone, Zak was able to click the power button on his iPhone sending an SOS call to the operator.

“There was a moment of doubt where I thought I said the wrong location.”

Then the phone cut out.

“It was pretty rough by now – we were bobbing up and down,” says Zak.

With the sun setting, the pair held onto the chilly bin, thankful for their lifejackets.

“It was choppy, the wind was cold and we were both starting to shiver a bit.”

Acting Sergeant Leon Balvert was in Paeroa when he received the call reporting the pair in trouble in the water.

“We had a call from comms reporting that a boat had sunk in the Firth of Thames. It was initially reported to be from around Pipiroa but we couldn’t get an exact location, so comms pinged the cellphone and got a more accurate location off from Waikawau.”

“We located the boat floating just below the surface pretty quickly - then some flotsam from the boat, and then finally the lifejacketed-pair floating in the ocean clinging to a chilly bin.”

With darkness closing in and a rescue vessel still to arrive at the scene, conditions were getting more complicated, he said. Pressure was on to get the men out of the water before the helicopter had to refuel.

Responding from Thames under priority were Constables Jordan Crowe and Ben Mason.

As they travelled the Pacific Coast Road, they couldn't see a single boat in the sea.

They arrived at Waikawau boat ramp to find a lone vehicle and empty boat trailer. A quick query on the registration showed it was a match.

“We were running blind – their phone had died and it was quickly getting dark,” Leon said.

At the boat ramp, Jason Bithell and his partner had just motored in on their 5-metre aluminum and were heading home when they encountered the constables. 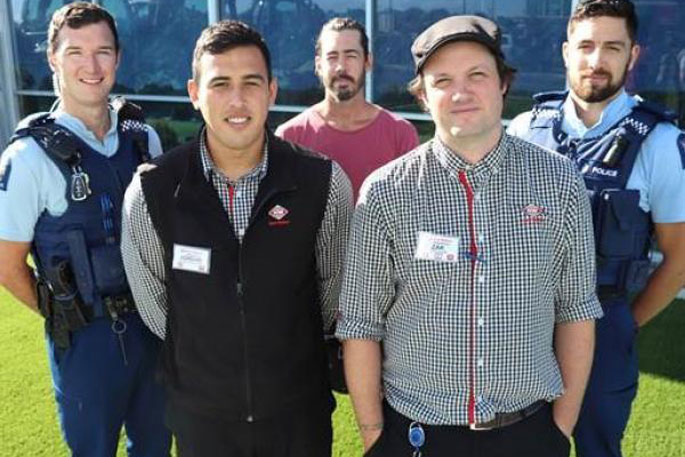 Having found out Eagle had located the pair, and knowing time was imperative, the constables asked Bithell if he would relaunch his boat. He agreed and together the trio headed out in the windy and choppy conditions to where Eagle was circling.

Zak and Jordan could see the lights from shore, and chopper overhead. They had been in the water for about an hour-and-a-half when the constables arrived and pulled them to safety.

“We were cold, and a bit shaken. Definitely relieved,” says Zak.

It was a bumpy ride back for all five as they navigated the swells in darkness.

The pair were wrapped in police rain jackets and given blankets before being checked over by St John onshore and driven back to Paeroa by police.

“It was great instincts by the constables – they realised we needed to get out there and get them – they were resourceful and brave,” says Leon.

Zak said it showed the importance of having good quality lifejackets, with reflectors and a whistle, and wearing them at all times on the water as things can happen fast. And having a phone or form of communication in a watertight case.

“That was two things that saved us," says Zak. "For the amount it costs for the value of your life, it's worth it.”

He thanked the constables and Jason Bithell for their lifesaving efforts.

“Thank you to New Zealand Police - It was some quick-thinking in getting that guy to get out there and get us.”