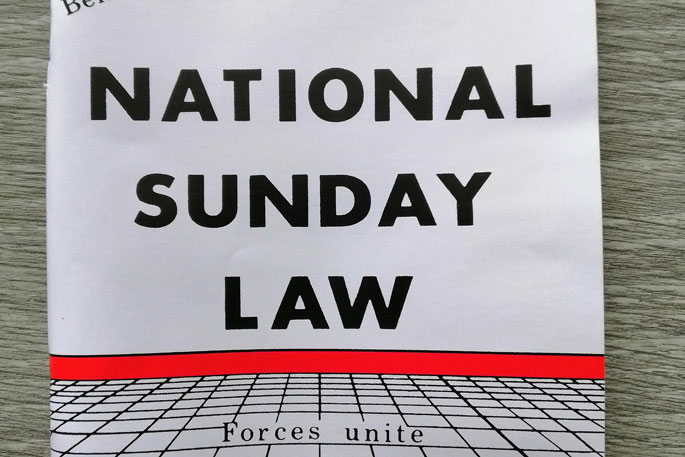 The book was distributed to a number of homes around the country. Supplied photos.

The distribution of what people are describing as “extreme propaganda” and religious rhetoric is causing some concerns around the country, including Tauranga.

One mother is horrified children are being used to deliver stacks of the National Sunday Law.

The book by A Jan Marcussen​ is connected with an independent group of the Seventh-Day Adventist Church and is not endorsed by the New Zealand church.

It alleges impending laws limiting religious freedom are being enacted by the United States Government, and attacks the Catholic Church.

Rivas Herrera is disgusted distribution company Ovato expected her 11-year-old daughter and other children to deliver material that contained what she called “a conspiracy theory” and “extreme propaganda”.

”It’s one thing to hand out supermarket flyers, but it’s another thing to be spreading around the messages in here,” says Rivas Herrera.

The books arrived with material including advertising for fast food chains, healthcare providers and liquor stores.

Some were also delivered with copies of The Weekend Sun in Tauranga.

Sun Media director Claire Rogers says the material has nothing to do with the Sun.

She says books were delivered alongside The Weekend Sun unbeknown to her or any other members of staff.

A Tauranga resident has also been in touch with SunLive to raise concerns about this sort of material being delivered in a time of high anxiety.

“I'm used to getting all sorts of junk circulars from liquor stores to real estate agents boasting how great their sales capabilities are,” says the woman who does not want to be named.

“I'm not offended at the "religious" character of the pamphlet. I don't care about religious flavours.

“But I find it offensive to distribute religious, fear-mongering propaganda at a time when many people are in a vulnerable state of mind because of Covid.

“Anxiety, alcohol and other substance abuse are already on the rise as coping mechanisms.

“We don't really need any religious doom-and-gloom pamphlets to make things even worse for those who happen to read this stuff.”

Stuff reports that distribution company Ovato were contacted for comment, but the company has not responded. 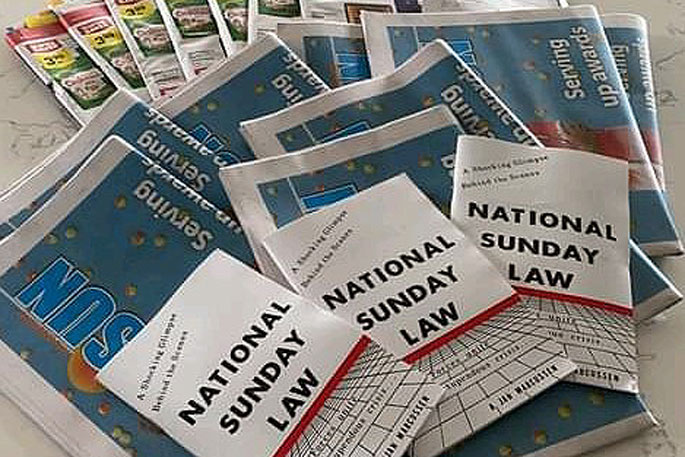 The books are published by an organisation called the NSL Project, reports Stuff.

Stuff called a number listed in the book which was answered by a man who identified himself only as Brent.

He says 1.5 million copies of the 94-page paperback had been printed and distributed in New Zealand.

“The [church] had no involvement in the publication or distribution of the book ... The church does not endorse or recommend this book.”