Covid vaccine purchased for all citizens 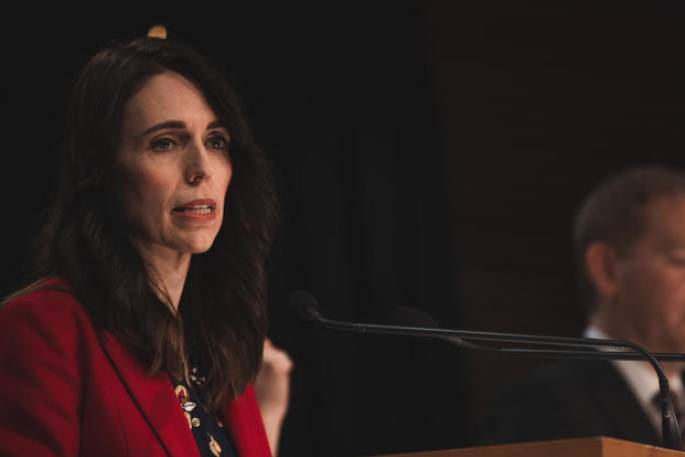 The government has purchased enough of the Pfizer/BioNTech Covid-19 vaccine for every New Zealander, Prime Minister Jacinda Ardern says.

Prime Minister Jacinda Ardern and Covid-19 Response Minister Chris Hipkins made the announcement at a post-Cabinet briefing about 4pm.

Ardern says the decision to make Pfizer New Zealand's primary vaccine provider was based on it being shown to be about 95 percent effective at preventing symptomatic infection.

"Whilst the Pfizer vaccine does need to be kept at ultra-cold temperatures, this challenge is offset by only having to deal with one vaccine, rather than multiple vaccines with multiple protocols. It will simplify our vaccine roll out."

Ardern said the government had signed an advance purchase agreement for an additional 8.5 million doses on top of what it has already bought, bringing the total order to 10 million - enough for five million people to get the two shots needed to be fully vaccinated.

She said early evidence of the Pfizer vaccine's efficacy was “extremely promising”.

"This purchase marks a significant milestone in New Zealand's fight against Covid-19. We can all take heart that we have now secured one of the strongest and more effective tools in the Covid-19 toolkit," Ardern says.

The additional vaccines are expected to arrive during the second half of the year.

Ardern says the purchase meant all New Zealanders would now have access to the same vaccine, which would simplify the vaccine rollout, so it would not slow the rollout of the vaccines at all.

Covid-19 Response Minister Chris Hipkins says the Ministry of Health was now working with Pfizer on the delivery schedule to ensure a "smooth rollout".

He says consideration was also being given to how best to use vaccine doses that would not end up being needed in New Zealand.

"We are working on options for donating surplus doses across our wider portfolio to the Pacific and developing countries worldwide.

"Options could include delaying delivery to New Zealand, in order to free up supply for other countries in the short-term, or donating spare vaccines to other countries," Hipkins says.

Hipkins says the Pfizer vaccine was the only one that had been approved by Medsafe and it was incredibly effective. He says having one vaccine to administer would make the process of getting people vaccinated more streamlined.

He says work was ongoing to ensure vaccinators had the right gear to administer Pfizer vaccine - syringes, freezers, etc. He said the government had enough for the first half of the campaign and was now in the market for the second half.

Using just one vaccine would simplify those equipment requirements, he says.

Ardern says the government was making good progress with the vaccine rollout, with the vast majority of border staff and MIQ workers having received their first shots of vaccine.

She says household contacts of these workers had also been receiving the vaccine, roughly 50,000 people. She says the government expected to start the second tranche of vaccines - non-border frontline workers - later this month.

"We've seen as a nation just how far we're willing to go to look after one another. And so I think it's fair to say no matter what vaccination you're talking about it all comes at a much lower price than the loss of life, or ... the ongoing hit that many businesses take if we have outbreaks.

Ardern says the government was not putting all its eggs in one basket by securing 10m doses of the Pfizer vaccine, pointing to the other agreements it has with other vaccine manufacturers.

Hipkins says Medsafe had informed him the Janssen vaccine was farthest along in getting approved.

Ardern finished her speech on International Women's Day by acknowledging all the women who have played a part in the fight against Covid-19.

Ardern says she had not had any direct conversations with New Zealand Cricket about players getting vaccines earlier than the general public.

New Zealand Cricket was reported as saying it was negotiating with the government to protect the Black Caps before they went overseas next month and attempt to become the inaugural world test champions.

Ardern says she was aware there was a range of people wanting to represent New Zealand on the world stage over the coming 12 months who would need to be vaccinated before entering countries overseas. She said Olympians were another group.

Ardern says that on Wednesday she would take part of a round table discussion hosted by the Prime Minister of Sweden and Spain and the UN Secretary General on how we can "build back better from Covid."

She says the agreement with Pfizer would also cover New Zealand's Pacific partners.

Climate change, human rights and global health would all be included in discussion.

Earlier today the Ministry of Health revealed there were five new cases of Covid-19 in managed isolation facilities and no new community cases.

Yesterday the Ministry revealed a new case had been identified in an Air New Zealand crew member during routine surveillance testing.

The crew member went into quarantine, while their household contacts tested negative but remained in isolation at home as a precaution.

The ministry said the case remained symptom-free so public health staff were conservatively considering they may have been infectious since their last negative test on 28 February.

The Ministry said the risk to the public was considered low because the case had limited contact with people and locations as Auckland was in alert level 3 at the time.

The person was believed to have been infected overseas shortly before they received a dose of the vaccine. Vaccines require two doses and take weeks to provide maximum protection.

Unless and until it is administered to people’s arms. It is a "difficult" vaccine and there are already cases overseas where deliveries have been halved. We may not see it effectively used here for much longer than is being claimed. I would have gone with Johnson & Johnson, which does not require the freezing and is seen to be over 92% efficacious, but it is easy to be critical. The fact is that vaccinating millions of people is a non-trivial exercise. I’m sure they’ll do their best... Meanwhile, wash your hands and avoid crowds....

We know Phizer cannot keep up with demand so why limit ourselves to one vaccine? Well, this shows how inept the MoH are. The UK, US and Europe seem to have no problem with multiple vaccines, all of which are very effective. They are trying to sell it but I’m not buying the BS. Our non existent vaccine programme just got pushed back even further. 10 million or 100 million, makes no difference because very few will be here this year. I have never seen a bunch talk so much but provide no detail, no plan, no schedule. And they should be honest and say the 10 million is over several years. Our strategy and delivery is woeful. This will cost everybody dear when tax and pension reforms come.