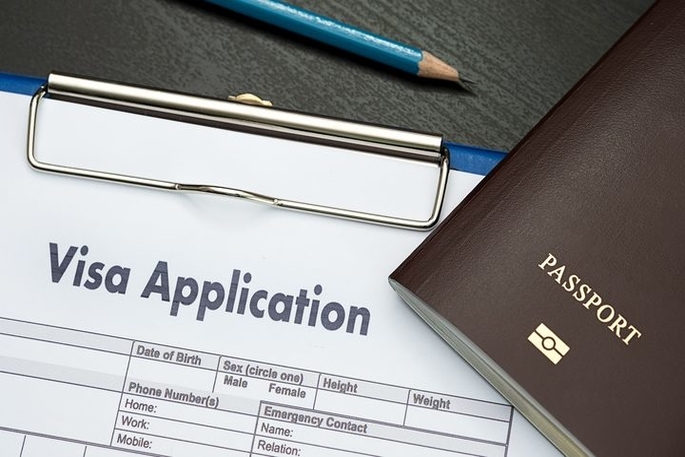 A 97-year-old woman is among those who fear they will be deported from New Zealand to countries ravaged by coronavirus.

Others are in their 70s and 80s and say they face a life of fear and isolation if they have to return to their homelands.

They're among thousands of people affected by the government freeze on Immigration New Zealand's parent category.

The policy allowed immigrants whose adult children already had residence or citizenship, to join them - but it was suspended in 2016. It officially restarted last year under different rules, but it was stopped when the pandemic hit without anyone being able to apply.

Molly Hartmann, 76, suffered a violent home invasion in South Africa and is scared about her future if she has to go back.

She has been on temporary visas for five years and is living with her now New Zealand-citizen daughter in Lower Hutt.

Crime is out of control in South Africa and "even the police are part of the problem", she says.

"So if I go back to South Africa on my own because I'm not allowed to live in New Zealand anymore, I'm going to be a sitting duck.

"I've got no family there, my oldest daughter and her husband are living in Palmerston North, they've got permanent residence, my younger daughter Samantha is a New Zealand citizen, the only family I've got is my brother who's South African but he works in Sudan. So, there's actually no prospect for me to live in South Africa. It's going to be a life of fear."

Part of that fear is also how widespread Covid-19 is there, she says.

"It's absolutely rampant. It's something like 8000 new cases per day in South Africa. But if I haven't got a choice, what can I do? I have to go and live with Covid and at my age, I'm probably very susceptible to it."

Her daughter Samantha Hartmann, head chef at Petone's Faith & Co, is worried for her mother, who was robbed at gunpoint in her home in South Africa.

"I've seen my Mum age so much in these five years from stress and worry - you know, will she have to go back? And I keep saying I will fight for you, fight for you."

Three months before she would have been eligible to sponsor her mother for residence under the parent category, the programme was shelved pending a review.

More than 8500 parents have filed 5294 expressions of interest, but no-one is being selected to apply.

Alice Jones is 97 and worried about being deported to England when her temporary visa expires in July.

"I'd die," she says simply, about what would happen if she was sent back. "I've got nothing to go back to. I should have to buy a property. It would be a great big upheaval, and I don't think I could cope with that journey."

It depresses her when she finds herself alone thinking about it: "Peace of mind is what I want."

Her daughter, son-in-law, grandson and two great-grandchildren are all in New Zealand. She moved out in anticipation of getting residence through the parent category, but now just wants an indefinite visitor visa.

Daughter Pam Smith says her mother pays for her own medical insurance, and should not be put through any more stress and a repetition of tests done two years ago.

"We did it all and Mum kept ticking all the boxes, but immigration still kept trying to say well go and do this and that. We got into see the heart specialist, and they did the ECG and the ultrasound and all that, then we got into see the specialist, and we sat down and he looked across across the desk and he said, 'Mrs Jones, I don't know why you are here. I don't know what immigration are thinking of. For a lady your age you are absolutely fantastic, you've ticked all the boxes and you should not be put through this stress. I'm going to write and tell immigration that'."

Other parents have been waiting overseas for their visa to be approved, leaving families isolated and feeling the strain.

Immigration adviser June Ranson says it's inhumane and not compatible with the prime minister's mantra of kindness.

"These people came to New Zealand in good faith. The Parent Retirement Category pathway closed long before Covid. The policy changed increasing the salary requirements for family sponsoring to an extremely high level."

Future of the parent category

Immigration New Zealand says in a statement the first selection of expressions of interest (EOIs) in the newly re-opened parent category were due in May last year but that was deferred in response to the pandemic.

The government is continuing to assess when selections can take place, and no decisions have been made.

Only people whose resident children earn more than $106,000 will be eligible under the criteria negotiated with New Zealand First when Labour was in coalition.

The policy has a 1000-a-year cap, which means there could be a wait of five years for a decision.

Labour's election manifesto last year, however, said it would revisit the policy and earnings threshold, which has been criticised as unfair and illogical.

Among those who have tried to appeal their parents' cases to the Immigration and Protection Tribunal, there have been mixed results.

An 85-year-old woman who faced deportation to India at the height of the coronavirus pandemic last year was granted residence.

But a 97-year-old woman failed to gain residence in 2019 - with the tribunal concluding however it was confident she was "most unlikely" to face deportation, given her age.

Clearly the team of five million, and “kindness”, have an * next to them. It’s amazing how many people fall for that.

It’s an arbitrary figure for sure but I think it’s because they don’t want them costing the country in benefits and medical costs. It’s easy to say they cannot have certain things like benefits or healthcare but unless those checks and laws are in place, and carried out, the costs inevitably fall on ‘us’. And they are not, so they will. It’s bad enough that NZ is a dumping ground for other countries by returning Kiwis to us, without taking in more potential problems. It would be nice to have a world without borders and we can all go where we like and plunder resources elsewhere regardless of who picks up the tab. When that day comes I have my eye on a nice house with a sea view. I’m just going to move in. I’m sure the current owners won’t mind.

Why would Nanny decide if a family can support their parent(s)?

$106,000 a year? Why? As long as the parent is not eligible for pension, and they have their own medical insurance (In other words, they won’t be directly burdening our state), why shouldn’t they be allowed to stay here? Children should be able to effectively "sponsor" their parents, if the whole family agree they want their parent(s) here and will cover it. In the cases described in the article, I wouldn’t send any of those people back...

they knew the rule when they initially applied.They should have made arrangment to leave our shores prior to this date.Dont sit around here waiting for sympathy.