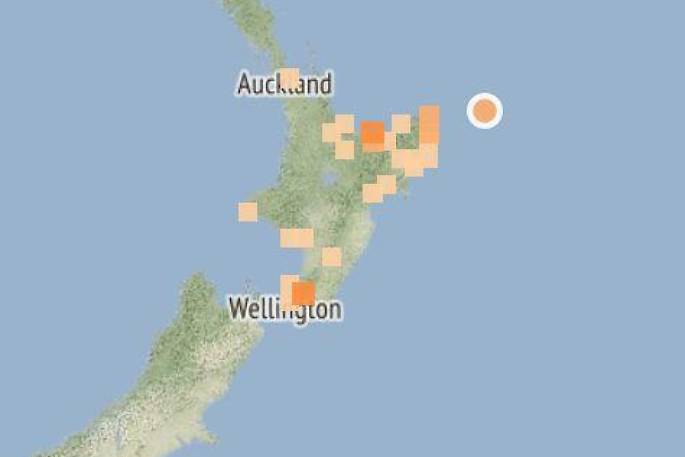 The east coast of New Zealand has experienced the strongest aftershock this morning following yesterday's earthquakes.

GNS Science describes it as a light earthquake.

There have been a series of aftershocks overnight with most in the range of magnitude three to four.

These quakes were marked either as weak or unnoticeable.

GNS seismologist Dr Matt Gerstenberger says the continuing earthquakes are normal but people should still stay vigilant about the danger of a tsunami.

He says about 100 quakes greater than magnitude four have been recorded around Te Araroa and at the Kermadec Islands since the three major quakes yesterday.

"We had fairly substantial large earthquakes that occurred yesterday and they set set things up in the crust and the crust settles down and you have lots of smaller earthquakes as that happens."

Dr Gerstenberger says the most likely scenario in the next 30 days is that further quakes of smaller magnitude will occur - and less often.

"We expect there to be more earthquakes occurring and there's still a chance that these will be felt or that they could produce tsunamis.

"So everybody should still be vigilant and pay attention and [act on] 'long strong get gone'; pay attention to the emergency management alerts."

Surf lifesavers are urging people to check with the latest Civil Defence information before heading into the water today.

The tsunami alerts that were activated after yesterday's earthquakes near the Kermadec Islands were cancelled yesterday afternoon and Civil Defence also said the threat to beach and marine areas has passed.

"Where possible, to choose to swim at a beach that has lifeguards. Talk to the lifeguards before you go in the water. If you're ever unsure or in doubt just don't go into the water and where possible, swim with somebody else."