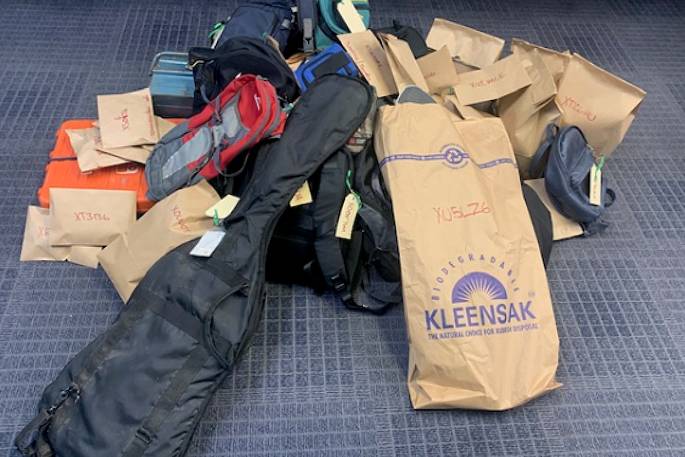 Some of the recovered stolen property. Photo: NZ Police.

The warrants were related to a series of thefts from cars that have occurred over the last several weeks in the Western Bay of Plenty.

The people responsible would steal valuable items but target wallets and use the cards to purchase items throughout the Western Bay, fraudulently purchasing thousands of dollars’ worth of goods with the paywave cards, says a police spokesperson.

The accused are due to appear in Tauranga District Court on charges relating to theft and fraud over the coming days.

"The investigation is ongoing and police are still seeking other people in relation to this offending," says police.

"A significant amount of property has been recovered with owners yet to be confirmed. They include tools, wallets, sunglasses and bags.

"If you recognise any of these items, please contact Greerton Police on 105."

... MY Kleensack. Seriously, it is a source of wonder to me how the Cops do their job so well. We are very well served (I say this having lived overseas...) and, if you don’t like the Police, next time you’re in trouble, yell for a Hippie...