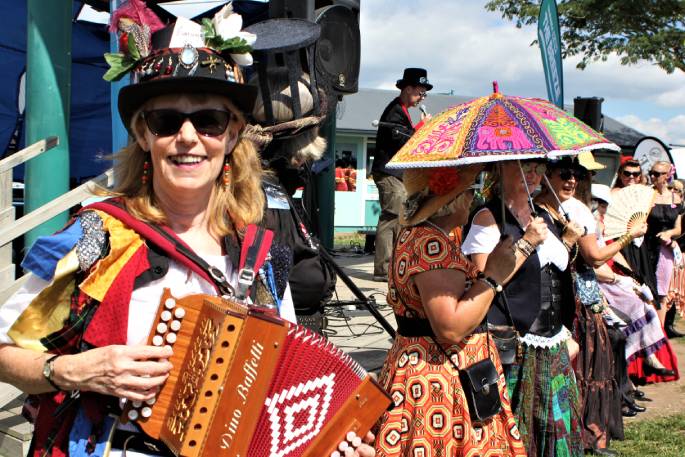 The previous Greerton Vintage, Retro & Steampunk Fayre was held in 2019

The Greerton Vintage, Retro & Steampunk Fayre which was to be held on Saturday has now been affected by this week’s alert level 2 announcement.

“The event is off for this week but we are forging ahead for the postponement date of Saturday 13 March,” says Greerton Village Mainstreet Manager Sally Benning.

The announcement by the Government last weekend means that any events with more than 100 people attending cannot go ahead during the period of seven days from 6am on Sunday February 28 until 6am this coming Sunday March 7.

With the possible change of date to Saturday March 13, which is to be confirmed, it means that while some stallholders may not be able to make the new date, it also opens up the opportunity for other stallholders to participate who couldn’t make the earlier date.

Sadly, the fayre had to be cancelled last year due to Covid-19, but this year Sally is determined to have it back and better than ever.

There will be a best-dressed competition to match this year’s theme of vintage, retro and/or steampunk, for any ladies and gentlemen who would like to show off their fashionable and creative side.

This year, alongside entertainment for the kids, there will be something a little extra for the adventurous adults.

A mechanical bull will be operating and those brave enough can jump on the bucking bull for a gold coin donation. Money raised from this will be going to the Greerton Lions.

For anyone interested in selling their vintage, retro or steampunk wares, there are still a few sites available for stallholders. If you’d like more information, give Sally Benning a call on: 07 571 6347.