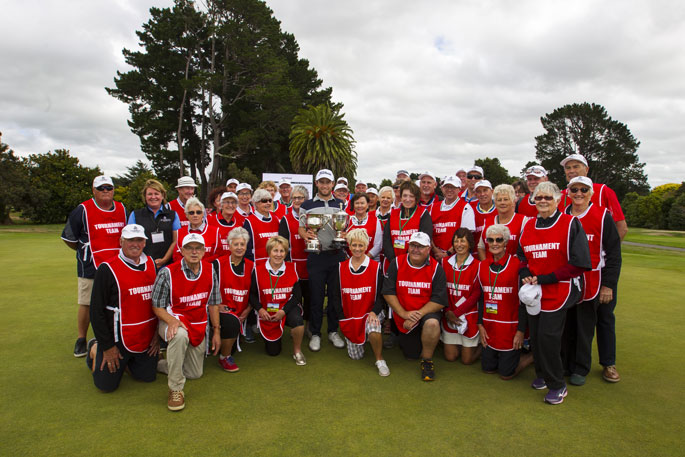 Rich in history with past winners of the event being Sir Bob Charles, Greg Turner, Frank Nobilo and Michael Hendry, the PGA of New Zealand is delighted to announce that the NZPGA Championship will be staged April 28 to May 2nd.

After the challenges of 2020 and 2021 that Covid has presented for competitive golfers, access to another high-quality competition while New Zealand borders are restricted is something the PGA NZ board believes is important to many aspects of the game, particularly in such challenging times.

As an added dimension to the event, in celebration of where top players fell in love with the game, the tournament will also stage a District teams section, whereby the regions where the event players started the game will compete in a combined team event, giving the tournament a ‘State of Origin’ Flavor as part of the Championship week.

General Manager PGA of New Zealand Dominic Sainsbury is excited to be adding the event to the year's calendar.

“Staging the Championship this year is important to us. We want to be providing opportunities for our professionals and with our already strong Pro-Am circuit and the Charles Tour it was the board’s strong focus for our organisation to stage a PGA Championship for the year."

"We have a strong strategic focus of promoting an interest in the game of golf," says NZPGA Chairman Andrew Clements.

"This tournament will assist in this regard by allowing New Zealand’s best available professional and amateur golfers to showcase their talents to the public.

"With the district element we are connecting the professional and amateur players, with all golfers from throughout the country, aimed very much at enlisting further regional support for our great game.”

With the support of major event partner the Institute of Golf, professional players will compete for a prize purse of $100,000, played over four rounds at the beautiful Te Puke course in the Bay of Plenty.

“We’re passionate about investing in the future of Golf in NZ and enabling players to succeed on the global stage. Our team are excited to partner with the PGA of New Zealand and share our new data platform with the players at this year’s event,” says Craig Dixon, Institute of Golf Director

Staged at Te Puke Golf Club for the first time PGA NZ believes a great step in PGA NZs vision of investing into the future of the game and a perfect venue to stage the District teams element.

“This is a great opportunity for our local community and the wider Bay of Plenty to come along and see some of the best golfers that New Zealand has to offer, as well as experience our party hole and enjoy our family area all for free entry," says Te Puke General Manager Bevan Jackson.

"With the addition of the district team’s format to this year’s addition, we believe that show casing a professional country club as the host represents all that is great about golf in New Zealand

"New Zealand professionals will play for the NZPGA Championship trophy being won by the player who has the lowest four round stroke play total."

The event will be free for the public to attend. The NZPGA Championship and District Team Challenge will be from April 28 to May 2 at the Te Puke Golf Club