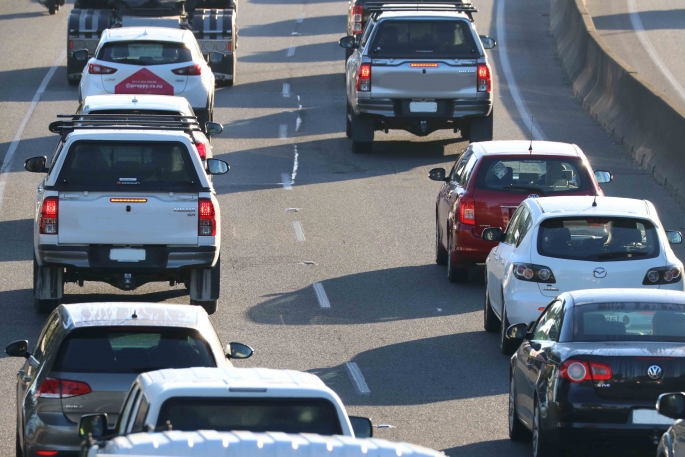 Mass traffic delays are being reported around Tauranga this morning.

A caller to the 0800 SUNLIVE news hotline says traffic on Takitimu Drive heading westbound to Mount Maunganui is backed up past the Elizabeth St roundabout.

He says it’s at a standstill and much worse than normal peak hour traffic.

According to Google Maps' Live Traffic Reporting, traffic is backed up on Takitimu Drive from the Elizabeth St roundabout right through to Hewletts Rd.

Traffic is also delayed on SH2, between the Bayfair and Te Maunga roundabouts, and on SH2 near the intersection of Maunganui and Hewletts roads.

Google Live Traffic is showing traffic on Chapel St and Ngatai Rd heading towards the city centre is backed up to Aylesbury Terrace.

There are also delays in Tauriko and on SH29a, near Greerton, according to Google's Live Traffic reporting. 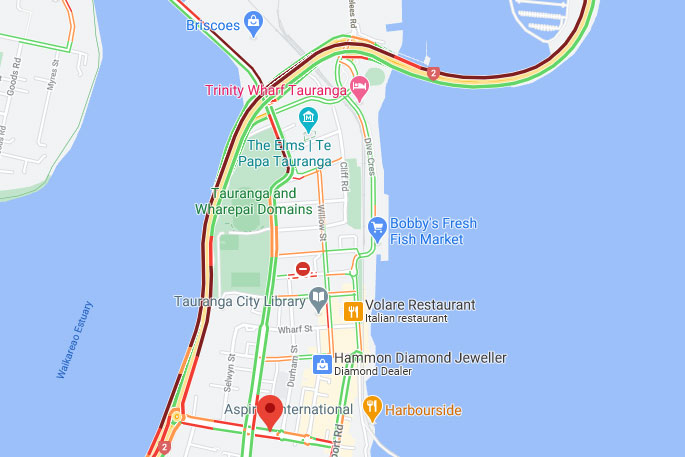 Well some may work from home but I spent many years in a a car on my own working going from one work place to another probably six to eight a day. So I gainfully fully employed and driving on my own. No work from home for most i would think. I left early to get across the city too but hey don’t point at single car users without some thought

Tom has a point.

"The Game" certainly needs some review. Working from home could significantly affect it (Remember what a delight it was to drive to shops during lockdown...?) We should also make delivery of goods and services affordable and encouraged. It is going to take years to fix the current road problems in Tauranga and there will be arguing and fighting about it for more years... The FACT is that single-person car use is here to stay and we should be addressing it through better cars (smaller, electric) and better roads, along with cutting off (at least temporarily) the incessant stream of people pouring in.

I’m still trying to figure out how to escape the rat race that keeps most of us going to work for someone else. With mixed success. It’s a little like the ol’ statement - Don’t hate the player. Hate the game isn’t it.

What a great life to not need to go shopping get to appointments and work without needing a car and somehow carpool to do so ? Criticism of how people live shows no practical understanding of the real world nor the pressures people have get anywhere in a practical way . Not everyone one can get to work nor get their shopping onto a bike nor have the ability to ride one. Nor the time to change buses to take two or three times longer to get somewhere or of course carry things onto buses or to the bus stops. Sounds like people living their lives as best they can getting to work or whatever is some frivolous choice. Maybe in peanut world of unrealities. And name calling is so helpful and constructive really ? "Sheepies" that live in a real world. I do have sympathy for peanuts

No sympathy for the one vehicle, one person mentality that prevails in Tauranga. Nor the mentality which means they all go the same way, at the same time, to the same place. Stupid sheepies.

@Kancho. I apologize everyone. I’ll likely always be a skeptic towards politicians. Likely they want people to "feel" listened to. Which is different from..."they want to listen to us".

And the Commissioners want ratepayers to tell them , I suggest they drive around Tauranga at peak times. Oh and checkout the water restrictions from lack of infrastructure. Then if course talk about Smartgrowth over the years with the former chairman who is amongst them. The commissioners want to know what ratepayers think, really ?