Murder accused told police he would be a suspect 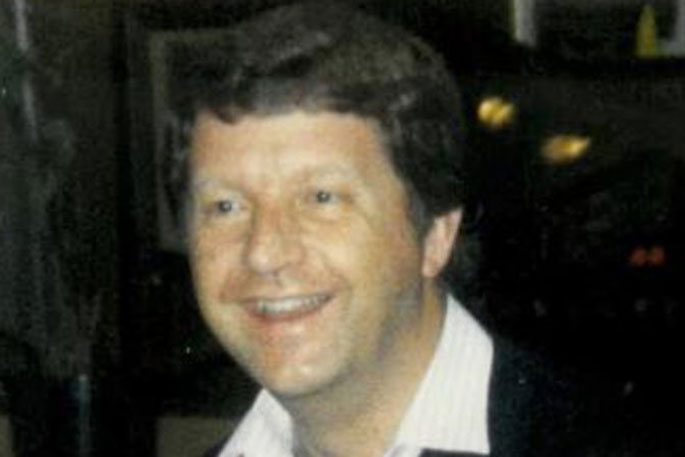 One of the men on trial over the shooting and robbery at the Red Fox Tavern more than 30 years ago told the police he knew they would be after him over the crime, a jury has been told.

Father of two Chris Bush, 43, was gunned down at the pub in Maramarua in October 1987, and the offenders took off with tens of thousands of dollars in cash, coins and cheques.

Mark Hoggart and another man - who has name suppression - are on trial in the High Court at Auckland, charged with murder and aggravated robbery.

They deny the charges and say police arrested the wrong men.

Both men are from Tauranga.

James White, a former detective sergeant, said he was sent to Napier in early 1988 to find the unnamed defendant and interview him.

Both he and Hoggart had been identified as persons of interest in the investigation.

The jury heard the man with name suppression was found in Waikato and driven to Napier, where he was interviewed over several days.

The transcript of that interview was read to the jury by White.

In the interview, the unnamed defendant was asked about his whereabouts over Labour weekend 1987, which was when the shooting at the Red Fox Tavern took place.

He told White he had spent time in Tauranga and had hitchhiked to Taupō, where he slept under a tree.

He was asked a number of times if there was anyone who could confirm his movements over that time.

The accused was also asked about a firearm one of his friends had brought to the vineyard where he was staying in Hawke's Bay, in the week leading up to Labour weekend.

He said it was a sawn-off shotgun, and his friend had thought it might have been useful for killing birds.

White asked him where the gun was now, and the man said he got rid of it a few days later, throwing it in the sea, because "it was no good".

The unnamed defendant asked White why he was being interviewed, and White replied that they were investigating the shooting at the Red Fox Tavern.

White told the man he wanted to check his story and his whereabouts over that weekend.

The man said he might not have been in Tauranga that weekend and was actually in Cambridge, visiting an ex-girlfriend.

White told the man he wanted to clarify where he was and at what time.

The man replied: "I'm not the offender for this Red Fox Tavern, no way."

The unnamed defendant was asked again about why he had got rid of the sawn-off shotgun.

He said when he got home the Sunday morning of Labour weekend, his father and brother-in-law were listening to coverage of the Red Fox Tavern shooting on the radio.

He said the robbery was similar to one he had committed several years earlier - and he had just been released from prison.

"I just freaked out," he said.

The unnamed defendant said he borrowed a car, threw the gun into the sea and went to see his friend Charles Ross - who was one of his co-offenders in the earlier aggravated robbery and was the person who had given him the gun.

"I told him the cops would probably be turning us over because the Red Fox was like the [earlier aggravated robbery]."

White went on to ask the accused, if he wasn't involved with the Red Fox Tavern, why did he rush around as soon as he got home to dispose of the gun and other items?

"F*** man, I just come out from doing an armo [aggravated robbery]. I am a prohibited person. I knew you guys would be turning me and Charlie out," the accused replied.

Later in the interview, after the man said he now couldn't remember what he was doing over Labour weekend, White said: "there are a lot of strange occurrences, you have possession of a shotgun five days before the robbery, you were up in the area, you can't account for the vital 24-hour period, so I have to start thinking whether you are involved."

The unnamed defendant again denied that he had anything to do with it.

Pressed again about his involvement, he replied: "F*** no man, you guys know I have done an armo [aggravated robbery] in the past. It's a pretty high profile homicide, you guys have got to get a result and because I can't give you my movements, I'm it".

The transcript of Hoggart's January 1988 police interview was also read to the court, by former detective Colin Scarlett.

Hoggart was in Hamilton and was taken to the Hamilton police station for questioning.

Early in the interview, Hoggart said: "I asked one of youse what this is all about, and he said a murder. It kind of scares me a bit".

Scarlett asked Hoggart where he was over Labour weekend.

Hoggart said he could not remember, but he did not go away. He said he might have been down at the pub.

"It's going to be fairly important that you remember what you did that weekend and who you were with," Scarlett said.

Hoggart said he would have to go and ask his former girlfriend.

"Every day is the same around here. What's the problem? What seems to be going on?" Hoggart said.

Scarlett asked Hoggart if he remembered the shooting at the Red Fox Tavern.

Scarlett asked Hoggart if he knew where Maramarua is.

"No, those Māori names get me all mixed up," he said.

But Hoggart said he had heard about Maramarua on the radio.

"As you can appreciate, we go into these sort of things pretty thoroughly, so any bullshit now is only going to waste time," Scarlett told Hoggart.

"Yeah, but what I can't understand is why you are talking to me," Hoggart replied.

Later in the interview, after he is told that police are trying to identify the person who killed Bush, Hoggart said: "I'm the wrong man, I had nothing to do with it.

"I'm happy to talk to you about the murder but it's just that I had nothing to do with the murder and I'm trying to be cooperative."

Hoggart was asked on a number of subsequent occasions about where he was over Labour weekend - and Scarlett told him that his former girlfriend could not remember what they did and she could not vouch for the fact he was with her.

Hoggart was also asked whether he remembered picking up his co-accused from Taupō.

He said he could remember, but not what day it was.

In 1988, police interviews were not videotaped or recorded in any other way.

That meant police officers had to write down the questions they asked and the answers on paper.

They would then take regular breaks to write their notes up.

The trial before Justice Woolford and a jury of seven men and five women continues.