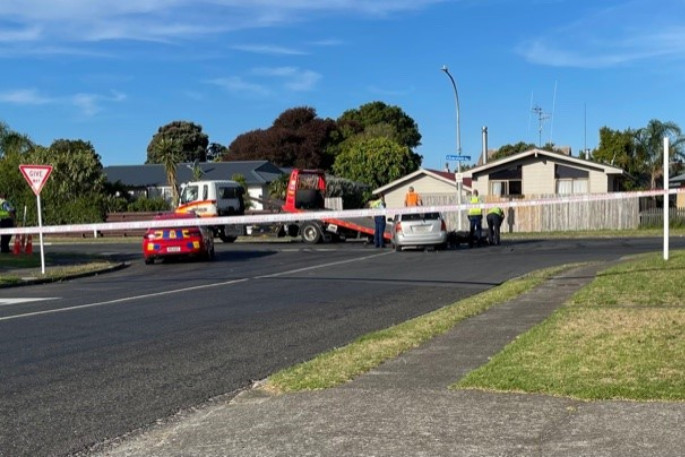 The scene of the crash. Supplied image.

Police have named the motorcyclist who died as a result of a crash in Mount Maunganui on Sunday.

He was Donald James Whare, 32, of Tauranga.

The crash, involving a car and a motorcycle, occurred at the intersection of Exeter Street and Eversham Road at 2.15pm.

Police extend their sympathies to Mr Whare's family and friends at this time, says a statement from police.

The investigation into the crash is ongoing.