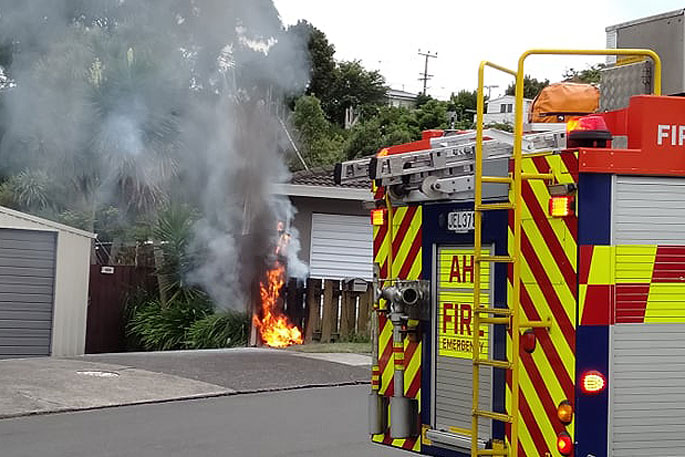 The fire is close to surrounding properties. Photos: Colin Poultney.

UPDATE 8.56PM: A fence fire which sparked multiple calls to emergency services is now out.

Firefighters were called to the fire on Jonathon St in Brookfield around 8am.

Firefighters are at the scene of a fence fire in Brookfield.

A caller to the 0800 SUNLIVE news hotline says there is a fire at the end of Jonathon Street.

“It looks like it is at a property behind another house.

“A fence appears to be on fire as well.” 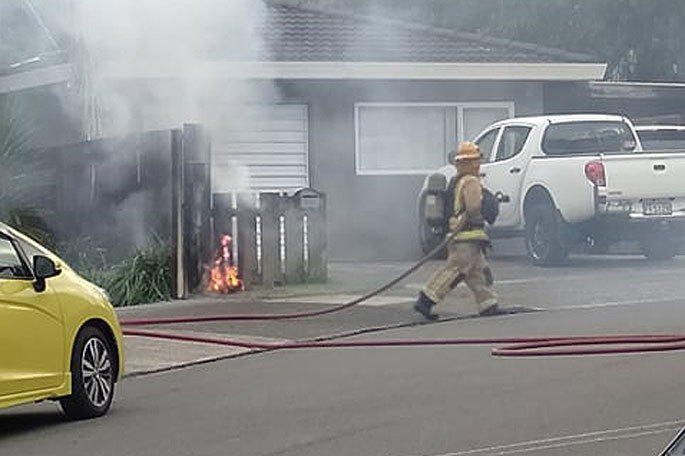 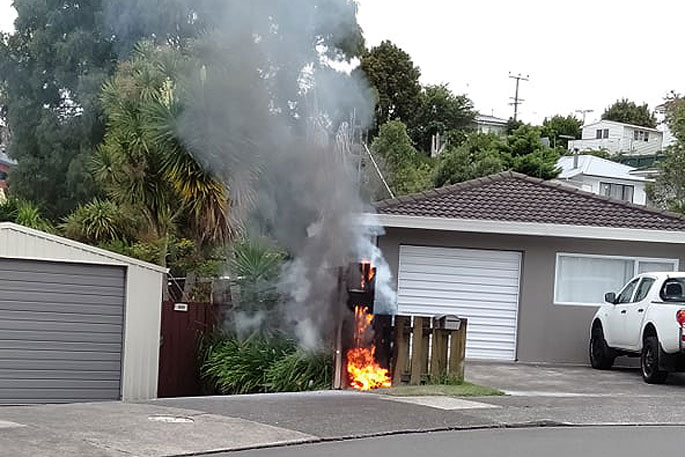