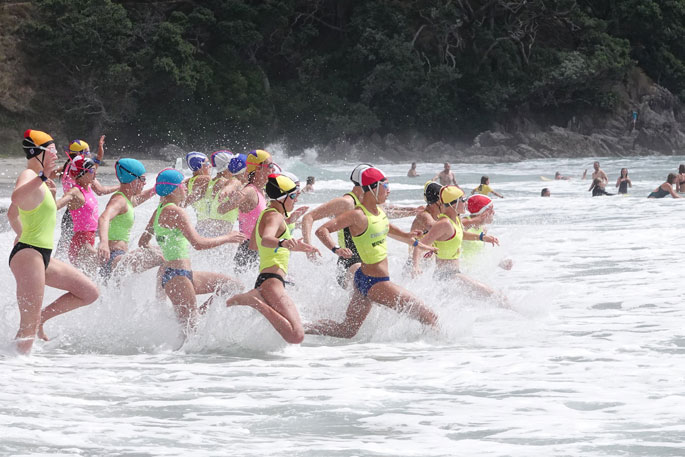 More than 800 Junior Surf members from around New Zealand will make their way to Mount Main Beach on Thursday for one of the country’s largest children’s sporting events.

Oceans ’21 turns…well…21 this year and a sense of relief and celebration is in the air.

Last week’s Covid-19 alert level changes raised uncertainty as to whether Oceans ‘21 could go ahead – and whether Auckland competitors would be able to attend if the city remained at Alert Level 2.

Hundreds of participants held their breath leading up to Monday afternoon’s announcement.

Steve Brennan, Volunteer Coach at Orewa Surf Life Saving Club and father to 14-year-old Oceans ’21 competitor Elizabeth Brennan, says the family was elated to hear confirmation that they could participate in what’s become an annual highlight.

“This is Elizabeth’s final year of competing at Oceans and she’s worked so hard to get here, even training during lockdowns,” he says.

“There was a massive sense of relief when we heard that Auckland was going back down to Level 1 – we were really crossing our fingers – and now we can’t wait to head down and support her. It’s going to be an incredible event.”

Oceans ’21 is an iconic Surf Life Saving New Zealand (SLSNZ) tradition which encapsulates the joy, excitement and skill involved in Surf Lifesaving, as well as providing a chance for kids aged 10 – 14 to test their mettle in a safe surf environment.

“We’re expecting a decent swell throughout the competition and our Juniors will be provided with an awesome opportunity to test their surf lifesaving skills,” says Surf Life Saving New Zealand (SLSNZ) Sport Events Manager, Mark Inglis.

“These young people are the future of Surf Lifesaving and we can’t wait to see what they’re capable of!”

For further information about Oceans ’21, visit the event page on the SLSNZ Website.