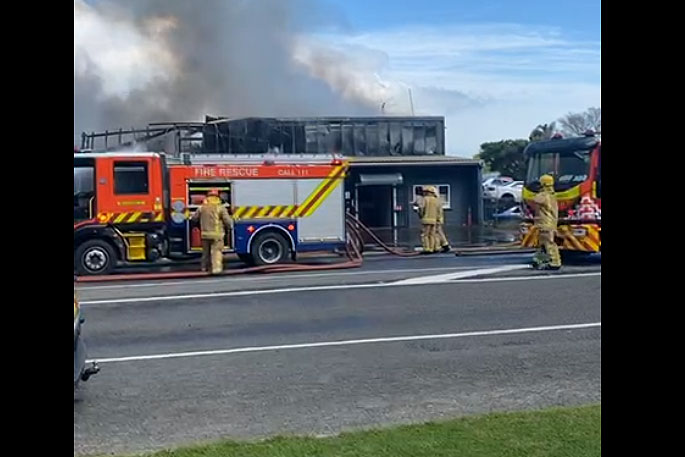 Emergency services are at a large fire in Whakatane. Photo: 1XX/Facebook.

UPDATE 11.59AM: The cause of a large fire in Whakatane is under investigation.

Five fire crews from across the Bay of Plenty were called to the single-storey dwelling on Valley Road, just after 11am.

Fire and Emergency New Zealand northern fire communications shift manager Craig Dally says they first received a call about a blaze at a large building on Valley Road at around 11.02am.

“The building was well alight when the first crew attended,” says Craig.

“Five crews have now attended the scene. The cause of the fire currently remains unknown and no injuries have been reported.”

The fire is now under control and crews remain, dampening down hot spots.

Thick, black smoke is billowing from a fire in Whakatane.

A post on the News Whakatane Facebook page says there is a fire at a car wreckers on Valley Rd.

People are being asked to avoid the area.

A post on 1XX, a Whakatane radio station, so firefighters containing the blaze.

Police cordons are being put in place. 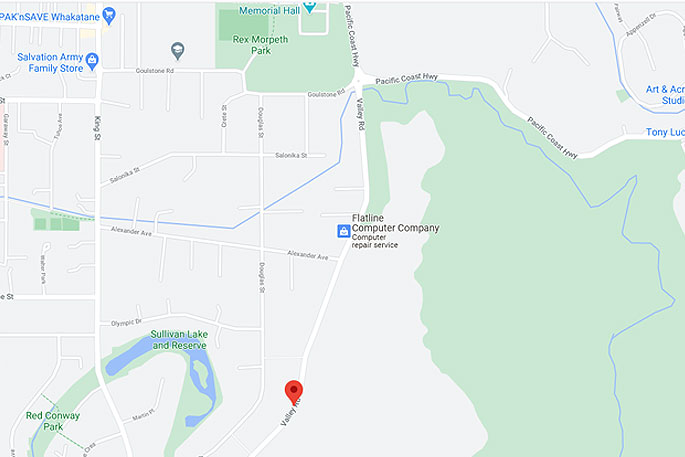 The fire is located on Valley Road in Whakatane. Image: Google Maps.