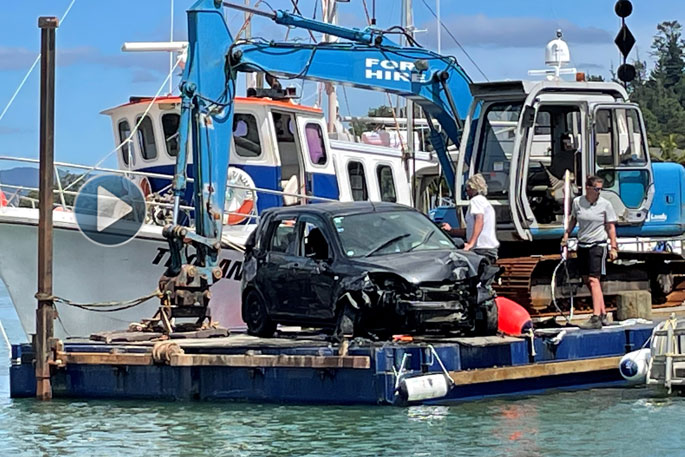 The vehicle being removed this afternoon. Video and photos by Claire Rogers/SunLive.

UPDATE 2.46PM: A vehicle submerged in a Whitianga canal is being removed this afternoon.

Emergency services were called to the single-vehicle crash on South Highway at about 9.30pm on Sunday.

A police spokesperson says a car had crashed into the water.

"There were two people in the vehicle, who received moderate injuries but managed to get out safely.

"Both were assessed and treated at the scene."

A digger on barge being used to remove the submerged vehicle.

Police say there were no injuries reported and the two women in the vehicle, managed to swim to shore. 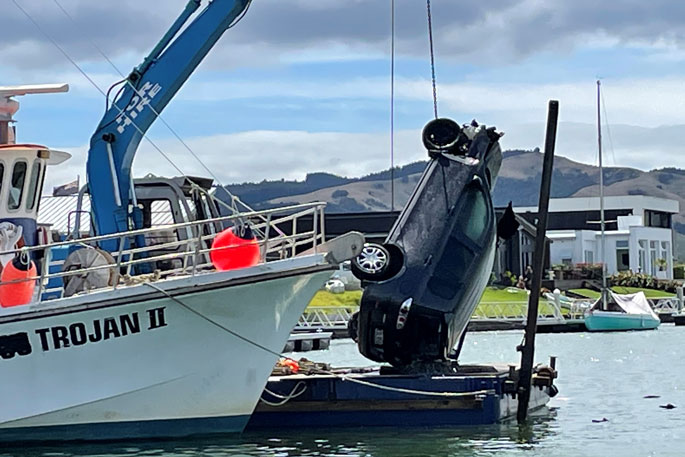 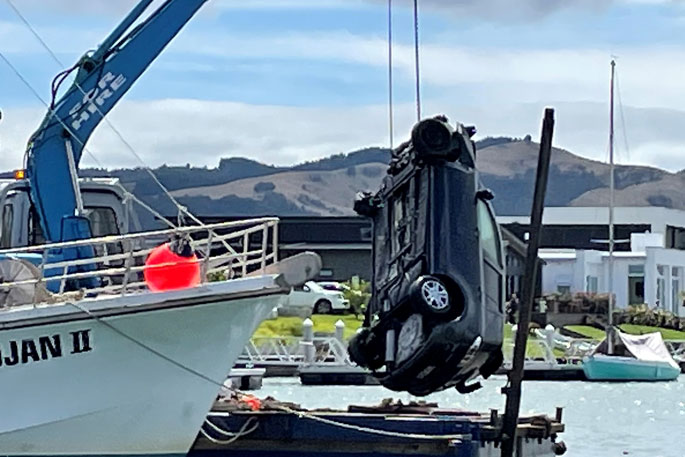 A vehicle submerged in a Whitianga canal is causing some issues for boaties.

Boats are having to manoeuvre around the vehicle, which is in the middle of the canal at the end of South Highway.

A  resident in the area says they heard a big bang as car took out bollards and a chain that blocks off the boat ramp at 9.30pm on Sunday. 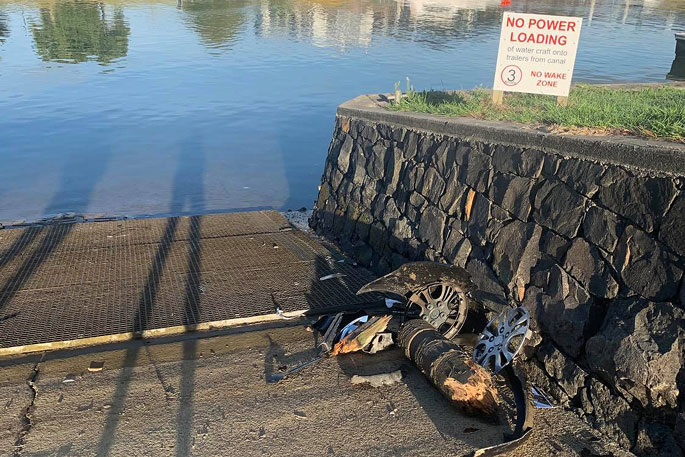 Debris from the crash in Whitianga.  Photos: Michelle Farmer. 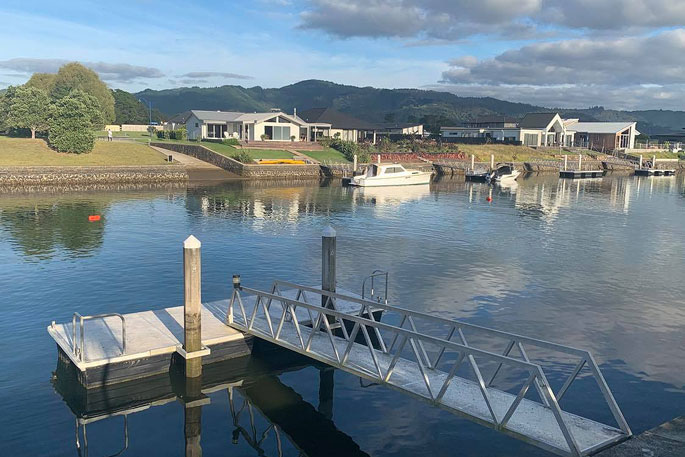 “The ramp is at the end of straight road.

"Two women were seen escaping from the car and swimming towards the shore."

The canal is dredged to a minimum of 2.5 metres and low tide is approaching.

A police spokesperson says police responded to a report of a car crashing into the water off South Highway in Whitianga about 9:20pm.

"There were two people in the vehicle, who received moderate injuries but managed to get out safely.

"Both were assessed and treated at the scene." 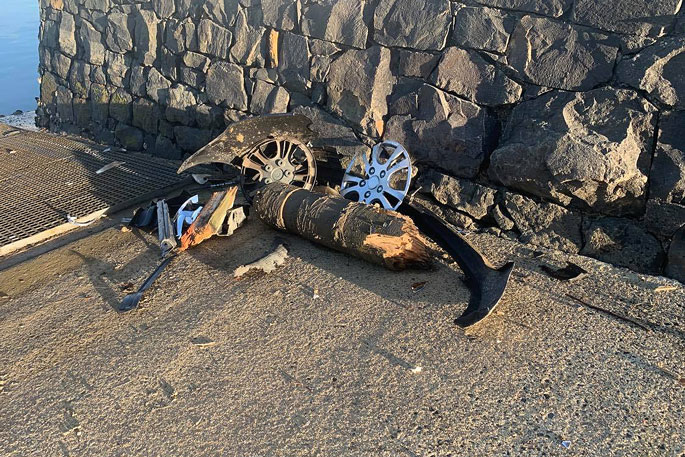 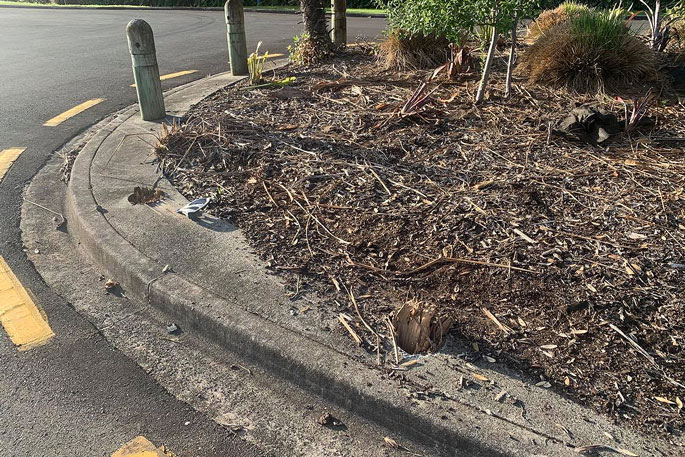