No injuries in SH2 crash 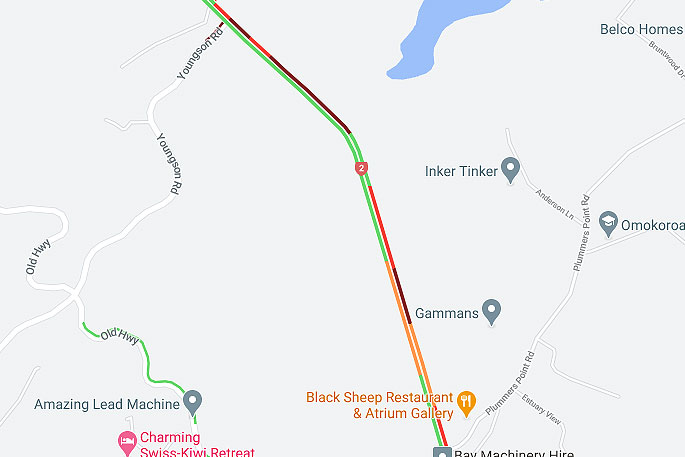 Emergency services have been called to the scene. Image: Google Maps.

UPDATE 7.42AM: No injuries are being reported following a crash on State Highway 2, between Tauranga and Omokoroa.

Emergency services were called to a two car crash on the highway, near Youngson Rd, just after 7am.

A police spokesperson says they were called to the crash at 7.13am.

"There were no injuries reported."

People are being warned to expect delays in thre area while the crash scene is being clear.

Reports are coming in of a crash on State Highway 2.

A caller to the 0800 SUNLIVE news hotline says there is a crash on the highway, near Plummers Point Rd, in Whakamarama.

They say there doesn't appear to be any injuries, but there may be traffic delays as a result.

According to Google's Live Traffic reporting, there are delays on the highway between Youngson Rd and Plummers Point Rd.