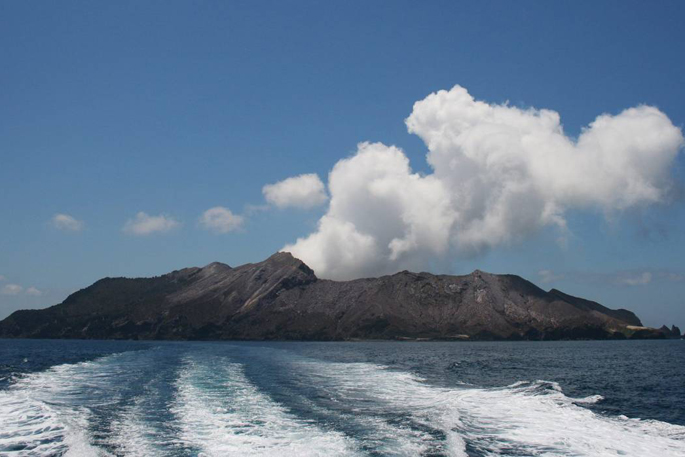 The explosions took place over about 100 minutes and do not appear to have produced any traces of ash locally say GNS Science in a statement.

Since the event, activity has returned to low-level and the Volcanic Alert Level remains at 1.

“No observations were available from the island’s webcams as it was still dark,” he says.

“The overall series of pulses lasted for about 100 minutes and were of a similar size to those recorded on December 29, 2020. Volcanic tremor levels started to rise around 9 pm on 1February 18 and stopped around 5.50am today coincident with the end of the explosions.

“Sudden, small steam explosions can occur with little or no warning. Small explosions like those this morning and on December 29 can be recorded on our seismic (ground vibrations) and acoustic (pressure wave in the atmosphere) monitoring network.”

A gas flight completed yesterday showed no changes in gas flux or crater conditions from a month earlier, says Brad.

“The level of seismic tremor had been slightly above background in the two days preceding the explosions but has since returned to background levels.”

As a result, the Volcanic Alert Level remains at 1 and the Aviation Colour Code remains at Green, he says.