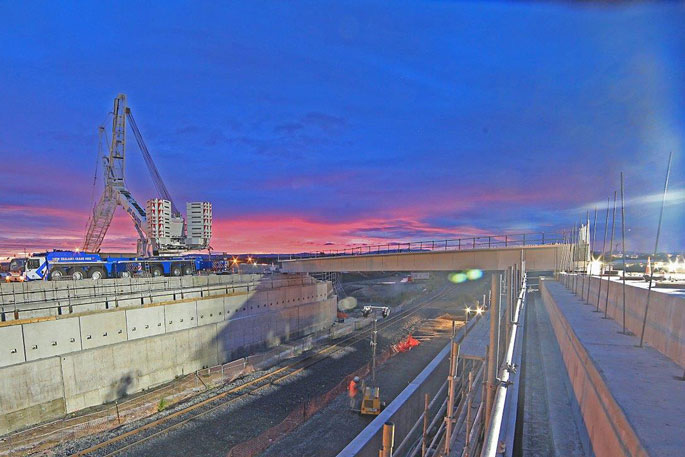 Concrete beams are in place across the first of the Bay Link project's three bridges.

The placement is being hailed a "construction milestone" by the Waka Kotahi Transport Agency.

Regional Manager Infrastructure Delivery Jo Wilton says it’s great for the project to have progressed to this point.

“After spending so much time preparing the ground, it’s pleasing to see the project taking shape above ground,” says Jo.

The 29-metre bridge spans the East Coast Main Trunk railway line and is one of two bridges to be constructed at the Te Maunga end of the project.

The second bridge will span State Highway 2. The third bridge will be built at the Bayfair end of the project.

“The construction sequencing around this intersection has been complicated, with a number of changes to the intersection layout while we construct the different components.”

Once operational, the bridge will carry all SH29A traffic to and from the SH2 interchange, removing the need for motorists to cross the railway line and allowing traffic to flow more freely.

Following placement of the beams, which are the main structural element of the bridge, further work is required to complete the bridge deck and barriers along the edges. 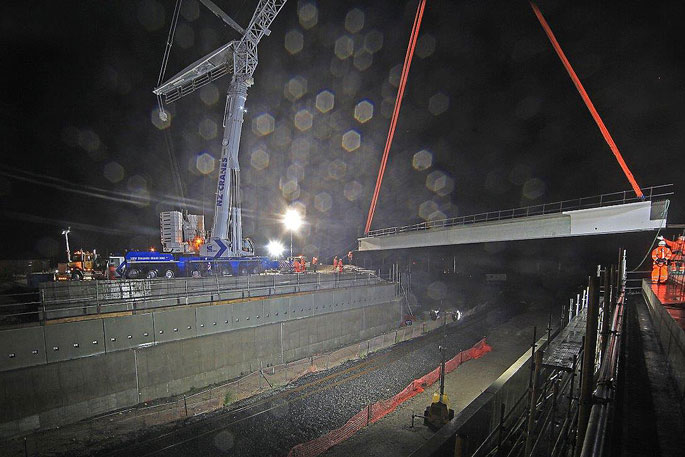 “Getting the bridge in place was a collaborative effort working with Tauranga Airport and KiwiRail to ensure the cranes didn’t impact the flight path or train movements. We’re really pleased with how the installation went."

Work on the second bridge at Te Maunga will continue to progress in coming months.

“We’re anticipating the bridges at Te Maunga will open to motorists at the end of this year, which will transform the intersection and greatly improve safety.”

That’s a great achievement, most contractors would have been finished the entire project by now without getting a big NZTA handouts but you should still celebrate the success in the way that people celebrated Eric the Eel and Eddie the Eagle