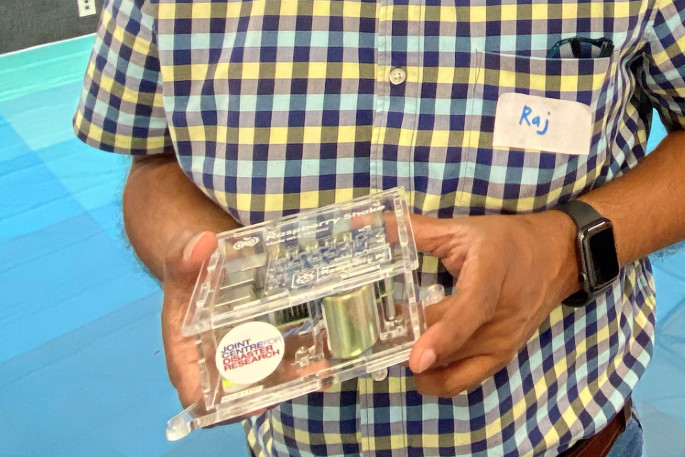 One of the sensors at the Lower Hutt workshop. Supplied photo.

Scientists are calling on the public to become ‘citizen seismologists’ in an effort to determine whether an earthquake early warning system would be feasible.

The group of scientists, led by the Joint Centre for Disaster Research at Massey University, are sourcing a number of low-cost seismometers and working with a number of communities to see if they would be willing to become part of the research project.

“The sensors would be installed in community owned buildings to generate appropriate warning solutions for members of the community.

“The warning may only be 10 seconds, but it will give people time to take the safety action of “drop, cover, and hold.”

The sensors would be internet-based, and would be configured as a network of sensors to test different detection algorithms.

Last year EQC research by Dr Julia Becker from Massey University found that there was strong interest in an early warning earthquake system for New Zealand, however our country may not have the financial resources of some other countries, like Japan, to replicate their state-of-the-art systems.

“That is why we have been looking into low-cost options that people could possibly acquire in the future, complementing the existing GeoNet seismic sensor network that currently provides vital earthquake related information immediately after an earthquake occurs,” says Raj.

He explains that his team has been testing a number of off-the-shelf low-cost sensors in the laboratory setting and hope to start installing approximately 20-25 of the sensors in the middle of the year to conduct field trials.

Raj says the workshops are vital to finding out what the public want.

Once installed, if a large earthquake takes down some part of the communication infrastructure, the sensor network would automatically adapt and find ways to reconnect with the remaining sensors in operation if power can still be accessed.