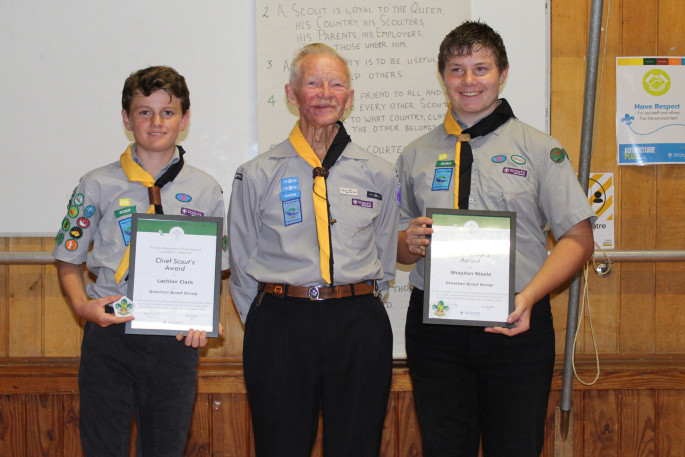 For the first time in 10 years, two boys from the Greerton Scout Club have been awarded the Chief Scout Award.

Shayton, who has been scouting for seven years, says he’s ecstatic to receive the award.

The award was presented by Royce English, a scout member of more than 65 years.

Shaydon says both his mum and aunty also got the chief scout award, so it feels good to be involved in the family tradition.

Gaining the award involved organising and completing a four-day expedition, which covered more than 150 kilometres.

He says the most difficult part of the expedition was organising it, as the trip had to include at least three modes of transport, and they had to bring two extra people. 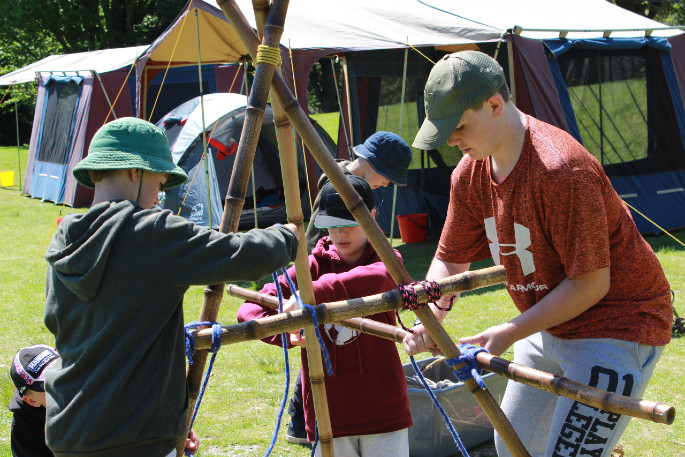 The group started in Waihi and travelled by train to Waikino, then by bike from Waikino to Paeroa. They then travelled by car to Hamilton and took public buses to the Classic Car Museum and Leap.

“It gives you a chance to go out and do what you want to do.”

The boys were responsible for the bookings, activities, budgeting, food purchases, and setting out a plan for each day.

They camped at local Scout Halls and carried all their gear on their bikes.

Lachlan’s mum Louise, says the time and commitment involved made it something to be truly proud of, especially given the disruption that Covid threw up during 2020.

Prior to the expedition, scouts must progress through bronze, silver and gold awards.