Hundreds turned away from Auckland checkpoints 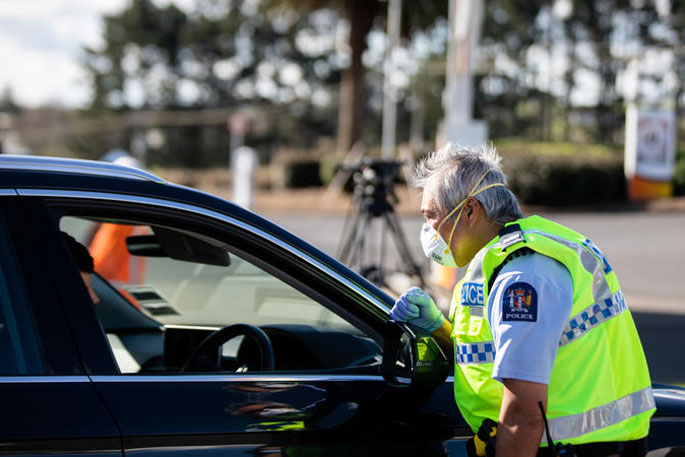 Police have turned away more than 1400 vehicles from checkpoints across Auckland under level 3 restrictions.

Assistant Commissioner Richard Chambers says they continue to operate 11 checkpoints in North and South Auckland and are ensuring there is only essential travel in and out of the city.

Between midnight on Sunday,  February 14, and 4pm on Monday, February 15, police processed 14,142 vehicles through these checkpoints.

At the southern checkpoints, of the 8607 vehicles which came through, 779 were turned away.

At the northern checkpoints of the 5,535 vehicles which came through, 715 were turned away.

"Police did have one incident where a person failed to stop for staff at the Mercer Checkpoint on State Highway 1," says Chambers.

They were arrested sometime later when they stopped in Hamilton.

"The 26-year-old is currently assisting Police with our enquiries and we cannot rule out the possibility of charges being laid."

Chambers says outside of this incident, the community has been understanding and cooperative.

"We continue to remind our community to make sure they have the correct documentation or if required, have applied for an exemption to enter, leave or drive through Auckland."

IKR. The first thing people are doing is trying to escape the area! Not cool.

No exemptions. Auckland locked down. Stay there. What happens when a COVID person gets to Tauranga? This government is pathetic and weak and embarrassing.