LSG Sky Chefs case “was following all the rules” 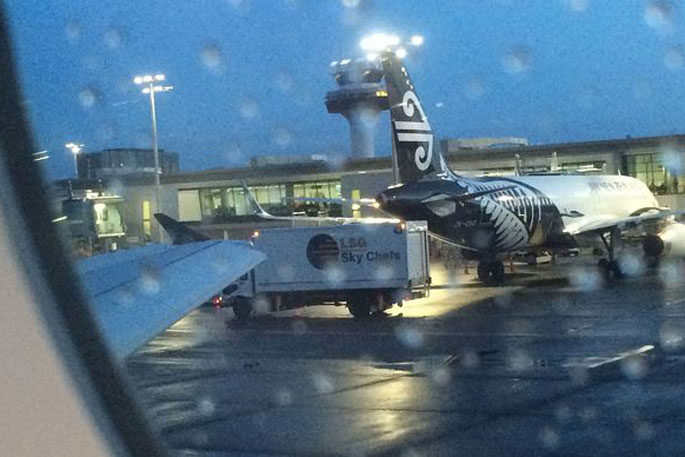 The union representing the LSG Sky Chefs worker who tested positive for COVID-19 says the woman followed all the rules to protect herself while on the job.

Meanwhile, thousands more workers near the border could be in line for mandatory testing or daily saliva tests as the government considers expanding both systems.

The LSG Sky Chefs employee works in a team of nine in the company's Mangere catering and laundry facility.

She is responsible for washing and ironing linen, napkins, blankets and sheets from incoming flights.

Despite earlier suggestions, it has been clarified the woman does not handle international aircrew's uniforms. She also has no face-to-face contact with crew or travellers, nor access to the airport.

How she contracted the virus has health authorities baffled but her workplace remains a favoured theory.

"The company has been encouraging people to go beyond the surveillance testing that has been put in place and encourage people to get regular testing."

The woman who caught the virus was diligent at following guidelines, Savage says.

"She was following all the rules and regulations given to her. But we just need to check on everything and see if we can work out what's happened and try to plug the gap."

Now is the time to make sure the systems at LSG Sky Chefs were watertight, he says.

"We're reassured that the Ministry of Health is onsite today. Off the back of that, we'll want to go in and see what's happened ourselves and see if any systemic change to health and safety is needed."

Savage's main wish is that all workers have access to appropriate PPE gear.

Saliva tests being considered as extra layer of security

But some epidemiologists and opposition MPs are clamouring for widespread mandatory testing.

They say the government should force thousands of more workers to get swabbed - pressing the case for daily saliva tests.

In response, the government said it was looking at it this week.

Victoria University of Wellington scientist Janet Pitman has carried out validation tests on them.

Dr Pitman says they are just as effective as pushing swabs up the nose.

The tests can pick up the virus when someone is asymptomatic and can be conducted by non-medical professionals.

The company is processing just 20 tests a day at the moment from Auckland Airport and that is being extended to some managed isolation and quarantine facilities in the major cities.

Rako Science co-director Leon Grice says they are ready to rapidly upscale testing within days if they got the green light.

But Grice says a quick turnaround is already on offer.

"The team are closing the collection sites at 1pm at the airport and cooking the samples on-site. They are on the road by 2pm. If they get to the lab at those times, we send SMS messages out to people that they are negative."

If those tests return a positive result, health officials are immediately notified.

Grice says saliva testing will provide another tool in the effort to keep COVID-19 out of the community.