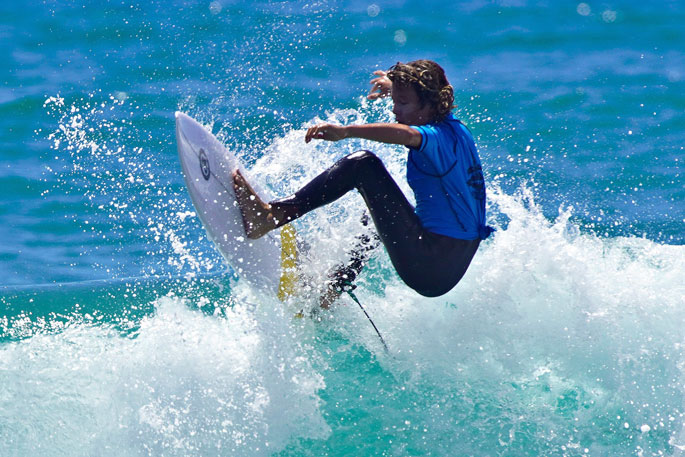 Participants in the second event of the Billabong Grom Series presented by Oceanbridge have been feverishly watching the subtropical cyclone that is marching down the East Coast of New Zealand this week.

Indications are that the tail end of the swell produced from the cyclone will remain through the weekend with the event being held at Whangamata Beach on the Coromandel this Saturday and Sunday.

This weekend marks the second of three events in the series which started at Mount Maunganui two weeks ago and finishes at Piha, Auckland at the end of February.

Record demand for the event sees a large field of participants from around the country taking part, says a Surfing New Zealand spokesperson.

"Surfers from Whangamata and the surrounding Coromandel beaches are hoping they can put a dent in the impressive display shown by Raglan at the first event.

"Raglan’s Point Boardriders walked away with four of six titles at Mount Maunganui.

"The Coromandel will be well represented across all divisions with the Groube sisters Chloe and Lola hoping to make their mark in the Under 14 Girls Division after finishing second and third at Mount Maunganui."

Whangamata’s Pia Rogers will be keen to find form in the Under 16 Girls Division while surfing in home waters.

Younger brother Ashton goes into the event as the number one seed in the Under 14 Boys Division.

"Despite being hit by his board while surfing last week and receiving eight stitches to his jaw, Ashton has confirmed that he will be ready to surf come Saturday.

"Raglan’s Kora Cooper (Under 18 Boys), Navryn Malone (Under 16 Boys), Brie Bennett (Under 18 Girls) and Maya Mateja (Under 14 Girls), will all be looking for back to back wins this weekend.

"Cooper leads a stacked field of surfers in the Under 18 Boys Division alongside Jayden Willoughby and Josef Jungwirth also of Raglan, Tom Robinson of Whangarei and Finn Vette of Gisborne." 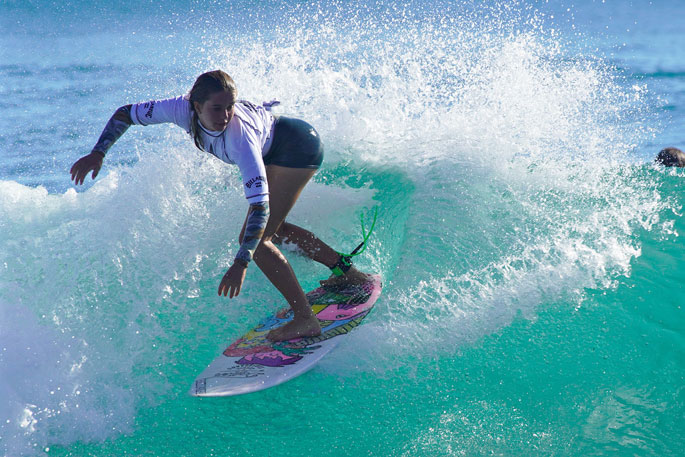 Gisborne will send another solid team including Vette and Asia Braithwait, winner of the Under 16 Girls Division at Mount Maunganui.

Surfers from Ahipara down to Dunedin will take part this weekend with action taking place at Access 8 on The Esplanade from 8am – 5pm daily.

On Friday night, Whangamata’s Olympic qualifier Ella Williams will share her knowledge with the female participants in the event.

Williams will host participants for a Q&A before showing the girls the Whangamata line up, imparting her inside knowledge of the break and catching a few waves with everyone in a practice session.

The draw for the second event of the Billabong Grom Series presented by Oceanbridge can be viewed here.

The Billabong Grom Series presented by Oceanbridge offers three of nine events nationwide where grommets can take part before the final in May which caters for the top 16 boys and eight girls in the Under 18 and 16 Divisions.

The 16th edition of the series draws on a long history of fun with all of New Zealand’s current crop of elite surfers having taken part including Richard Christie (Gis), Paige Hareb (Tara), Billy Stairmand (Rag), Kehu Butler (Mnt) and Ella Williams (WGM).