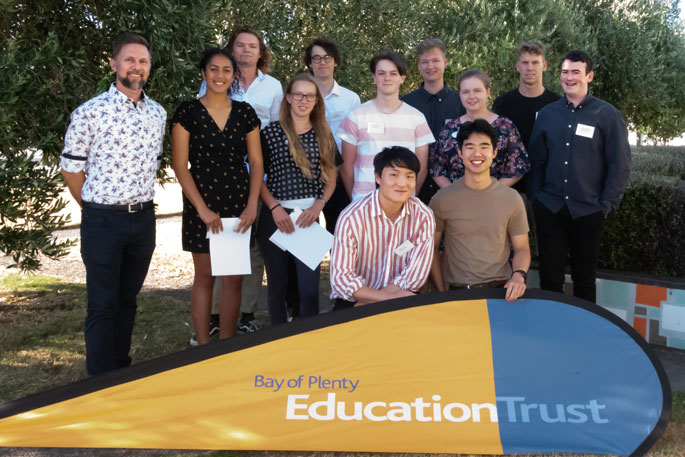 Eighteen young Bay of Plenty students have just received $108,000 worth of scholarship money to share as they head off on their tertiary education journeys.

BOP Education Trust chairman Nick Earl says 345 students have received the financial support since the scholarship was introduced at the start of the new millennium.

That equates to more than $1.7 million in scholarship money invested in the education of local young people, he says.

The scholarship winners are determined by the individual colleges/high schools.

The BOP Education Trust also supports the InStep Programme run by Priority One, and its Eastern Bay of Plenty equivalent, the ToiEDA. In addition, the Trust also has a Future Leaders Programme.