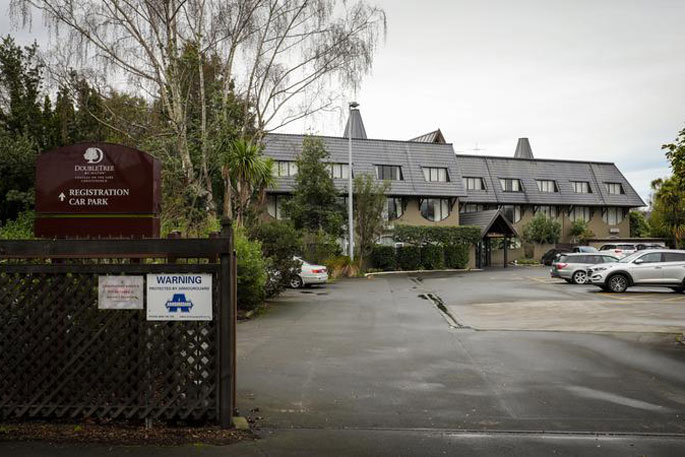 Chateau on the Park Hotel in Christchurch is one of the isolation facilities. Photo: RNZ / Nate McKinnon.

The government has collected $6.7 million in fees for managed isolation, while it's owed at least another $1.5 million from returnees' overdue payments.

Six months after the fees scheme was introduced for the border hotels, at least $23m worth of invoices have been sent out.

Returnees have three months to pay the fees, which are issued 'per room'.

By the end of January, an MIQ spokesperson says 7273 invoices had been issued.

New Zealanders can apply for a fee waiver if they've been away from the country since for at least six months since at least August 11, 2020, and they're returning for at least three months.

Fee exemptions are also granted for people who are refugees, diplomats or consular staff, for those eligible on compassionate grounds, those returning after a medical air transfer or rescue at sea, or people being deported from Australia.

The government has accepted 81 percent of all applications, granting 3013 fee waivers.

An MIQ spokesperson said applications aren't processed if they're sent without evidence, "to ensure fairness and consistency".

People can apply for waivers before, during or after their MIQ stay.