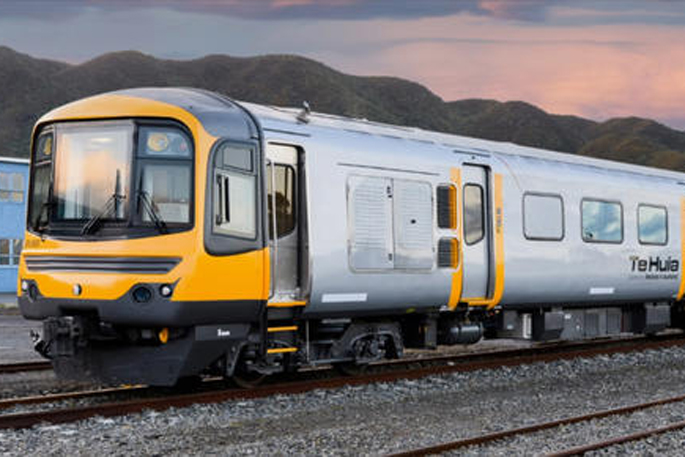 Commuter trains last ran between the two cities in 2001 after an unsuccessful 16-month trial.

Central government funding for the new service was approved in December 2018.

Total funding of $78m was allocated for the project over the first six years from 2019 to 2024, with $68.4m coming from the government and the remaining $9.8m from local government in the Waikato region.

Another $49m was used to purchase and modify rolling stock, reinstate a maintenance facility at Te Rapa and to construct a new station at The Base at Rotokauri and upgrade the Huntly station.

In 2018 running costs were estimated at $5.82m per year with 75 percent coming from a Transport Agency subsidy and the remainder split between passenger fares and Waikato Regional Council rates on Hamilton ratepayers.

The service was expected to start last year but was delayed by the COVID-19 pandemic and then track maintenance in Auckland.

Two return services will run each work day to Papakura, where commuters will transfer to local trains.

The trains, each with four carriages, will stop at Rotokauri and Huntly.

''We are excited as our communities to be able to confirm a start date, giving people the certainty they need to start planning their travel from April.

"There's real opportunity for us to expand the service into the future, opening it up to even more Waikato communities."

The service starts from 9 April.

Haha you really must be living in a cave as public transport everywhere is heavily subsidised. Look at all the near empty buses in Tauranga surely you don’t think they are user pay ! Gold card riders are a large part of bus use .

BUT this service should NOT be costing ratepayers or taxpayers ANYTHING !!! Let’s get into the real USER PAYS world !!!