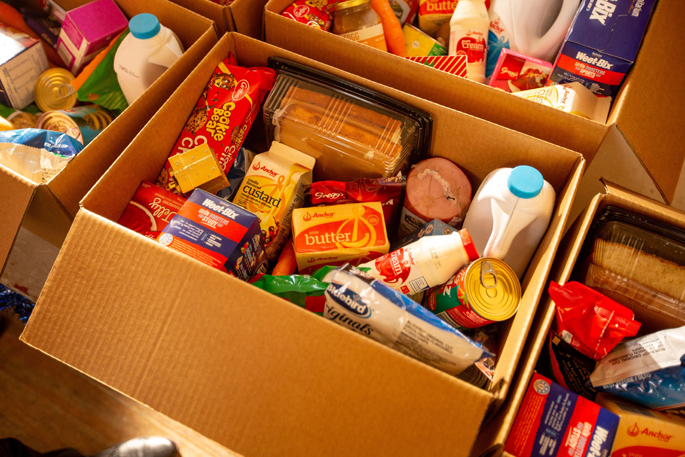 NZ families are being forced buy cheaper food to pay for other things they need. File image: SunLive.

A New Zealand study has found that nearly half of families struggle to access healthy food in their child’s first year of life.

The study, which looks at the effects of food hardship on pre-schoolers nutrition, has been completed by The University of Auckland and University of Otago Wellington.

It explored food hardship using information from the Growing Up in New Zealand longitudinal study.

"We discovered that food hardship was most prevalent when children were infants and this influenced the quality of nutrition children received, even once we accounted for differences in family circumstances, such as income and education," she says.

"The first year of life is so important for a child’s immediate and ongoing health and development. It’s critical that we take steps to ensure that all families can provide their children with healthy food during this time when their brains and bodies are growing so rapidly. It’s also an important time to develop the healthy eating behaviours and food preferences that last into adulthood."

The study used Growing Up in New Zealand information from nearly 6,000 families and analysed three different measures of food hardship at two time points, when children were nine-months and then four-and-a-half years.

The three types of food hardship focused on whether families had:

-Been forced buy cheaper food to pay for other things they needed.

-Gone without fresh fruit and vegetables because of cost.

-Used special food grants or food banks in the past 12-months.

The study team then looked at the link between these three food hardships and children’s nutrition, in particular the duration of breastfeeding, fruit and vegetable intake, and the consumption of unhealthy food and drinks.

Sarah says they found that when children were nine-months of age:

Half of mothers had been forced to buy cheaper food in order to pay for other things.

One in eight had used food grants or food banks.

One in eight had gone without fresh fruit or vegetables to pay for other things they needed.

Maori and Pasifika families were much more likely to have experienced all types of food hardship, and for food hardship to persist across the pre-school period.

About 40 per cent of Pacific children and 35 per cent of Maori children lived in households that made use of special food grants or food banks when their children were either nine-months or four-and-a-half-years old.

Sarah says all three measures of food hardship were associated with poorer child nutrition across the board, regardless of ethnicity.

She says indicators of healthy nutrition were suboptimal for all children, but were significantly worse among children who had experienced food hardship at either time point.

Children living in families that experienced food hardship were more likely to have:

Stopped breastfeeding before their first birthday

In particular, children in families who reported using a food bank or food grant were 45 per cent more likely to have tried unhealthy food and sugary drinks early in infancy compared with other children.

Sarah says more research is needed to understand why unhealthy food options are associated with food hardship, but this study shows a clear link.

"It may be that families experiencing food hardship are particularly vulnerable to a lack of access to local healthy food options, while unhealthy food and drink is cheap and easily available. To address this, it is worth exploring initiatives which increase the affordability, availability and promotion of healthy food.”

However, she says the primary determinant of food hardship in families with young children is low income.

"Having young children is a financially stressful time for families, with increased costs and generally lower income. It’s clear that this has flow-on effects for household food purchases and the quality of food children are fed.

"Adequate social assistance for families with young children is an important and significant way to improve our children’s nutrition, which in turn improves general health and wellbeing," she says.

Food hardship is prevalent in all age groups. We have many families struggling to buy food, which keeps getting more expensive, and pensioners living on toast made from cheap, unhealthy $1 bread. The article on potatoes highlights a large problem in this country. Food, which is not able to be exported is dumped while the poor quality foodstuffs available to the NZ consumer is priced out of the range of many.