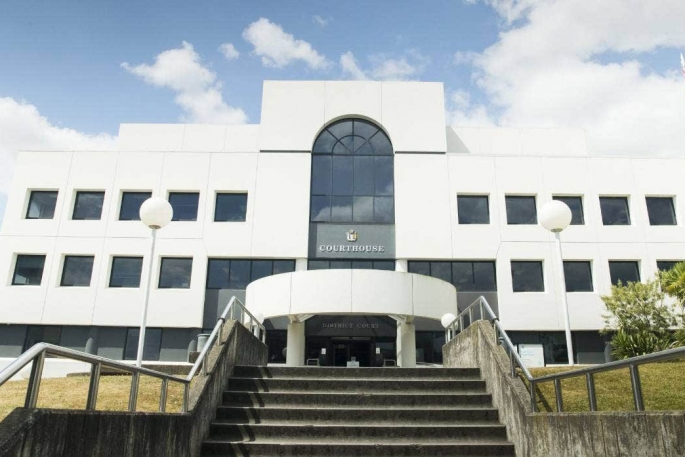 The 58-year-old appeared in the Hamilton District Court on Wednesday, and is charged with operating a vessel dangerously and assault. Photo: Christel Yardley/Stuff

The man allegedly at the centre of a boat rage incident in a Coromandel harbour will be kept in custody under an “interim recall” to prison.

The 58-year-old man, who was granted interim name suppression, made his first appearance at Hamilton District Court on Wednesday morning.

He has been charged with operating a boat dangerously, and three counts of assault.

They relate to an incident on January 23, in Tairua, part of which was captured on video and widely shared on social media.

The man has applied for legal aid on a parole matter, the court heard.

“You appear on a number of charges today," Community Magistrate Ngaire Mascelle told him, “but, importantly, there's an interim recall which overrides anything else ... That trumps everything”.

He was remanded in custody, without plea, and will next appear in the Thames District Court in March, by audiovisual link.

A 52-year-old woman has also been charged with assault over the incident, police said.

She is due to appear in Thames District Court on February 18.

Well I the woman is happy that her dangerous use, speeding, of a vessel has had a flow on effect of landing a man back in prison.