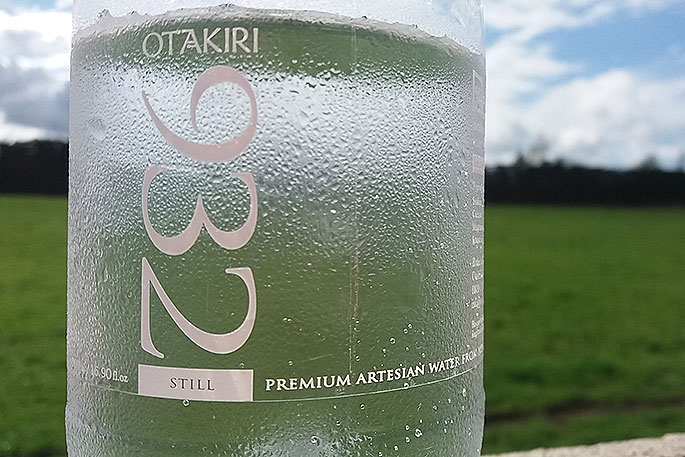 The fight to prevent a water bottling plant expansion near Whakatane is far from over with iwi seeking to appeal a recent High Court decision dismissing their opposition to the plant.

Te Runanga o Ngati Awa and community group Sustainable Otakiri have had their cases against the expansion of the Otakiri Bottling Plant dismissed in both the Environment and High Courts and are now appealing to the Court of Appeal for leave to appeal the latest High Court decision made late last year.

The springs have been locally owned for more than 30 years but for the past five years, the board has wanted Creswell NZ, owned by Chinese water bottling giant Nongfu, to take over and grow the business.

Opposition has centred on Maori water rights and the size of the new plant, which will enable one million cubic metres of water to be taken each year as well as the number of plastic bottles that will be created.

Creswell NZ managing director Michael Gleissner says the further court action is “disappointing” as the case has already been listened to and considered three times by the court.

“I’m surprised that they are throwing good money after bad,” he says.

“Throughout the whole process we have looked to engage with them and offer solutions to alleviate their concerns.”

These solutions have included offering Ngati Awa a governance role in the business so they can undertake their cultural kaitiaki (guardianship) responsibilities with the water and seconding a Sustainable Otakiri nominee to have a voice around how the water is packaged.

Michael says these offers were turned down by the two groups, which he found disappointing.

He says had Sustainable Otakiri engaged with Creswell NZ, it would have found that all plastic used is recycled.

However, as most of the water will be used for high-end restaurants, it will mainly be packaged in glass.

The water will be sold in New Zealand, China, the Middle East, and Europe.

Michael notes that both China and New Zealand have a commitment to end single-use plastic by 2025 and, as the plant would not be operational until 2027, it will be complying with that directive.

He also says the company will be lobbying Government to build a plastic recycling centre in New Zealand. Currently there were none.

“We want to be at the forefront of sustainable packaging both here and overseas.'

Concerns have been raised that the company is paying little royalties for the water it is selling, however, Michael says if the Government were to place a fair levy on water, Creswell NZ will be comfortable paying it.

“Water for sale is only one per cent of New Zealand’s commercial water take,” he says.

“The majority is used for horticulture and dairy.”

Michael says although he understands iwi and community concerns, he is disappointed court action has delayed the project again.

If the plant were to be expanded, 250 construction jobs will be created immediately and 50 ongoing full-time jobs wil be created in the plant.

“We still think the project is good and we are confident it will go ahead.

“My main concern now is the staff at the plant and supporting them through this further uncertainty.”

Te Runanga o Ngati Awa manahautu (chief executive) Leonie Simpson says water is an inherited treasure and once it has been removed from the iwi’s rohe, it will never return.

“As kaitiaki and mana whenua we have a responsibility to act when decisions impact the natural resources within our rohe,” she says.

“We are also concerned about the wider allocation of freshwater rights in Aotearoa. Successive governments have failed to address the very real issue of water rights in New Zealand.

"It's only fair that government work with Maori as partners to address the issues of water quality, allocation and broader issues that impact our environment. In a country impacted by severe drought and water shortages it is nothing short of negligent to give this resource away.”

Te Runanga o Ngati Awa chairman Joe Harawira says the iwi is focused on developing projects and businesses that are sustainable and created long-term meaningful opportunities for the Ngati Awa people and that Creswell NZ planned to take a vital, scarce and precious resource forever.

“The mauri of our wai is harmed through Creswell’s application,” he says.

“The Government must address water rights in this country.

“Why are we exporting our purest water when our own people living in Whakatane, Murupara and Kawerau drink water of the lowest acceptable quality for human consumption?

“Why are we giving our water away for free to overseas companies whose shareholders will be the main beneficiaries?

“And why are we supporting a proposal to build a manufacturing plant with the capacity to create 1800 single use plastic bottles per minute?”

Water is essential to sustain life and, as such, it is a priceless resource. As Global Warming advances we cannot be completely sure that our current supply of water will not be diminished. It is criminal to sell this asset off, just so a small number of people can make money. For me this is rape of the land. Are they going to sell the air next? Water should not be up for discussion.

Our water is NZs water noboby owns it.We are complaining about heat waves we need water for our own industries and yet a court can decide to give it to a foreign country to sell around the world for a profit.The descision has to be overturned.If its not a presidence will be set and application for more water will happen in a few more years time..The water must be kept within our country for Kiwis to use.Where is the support from the Greens