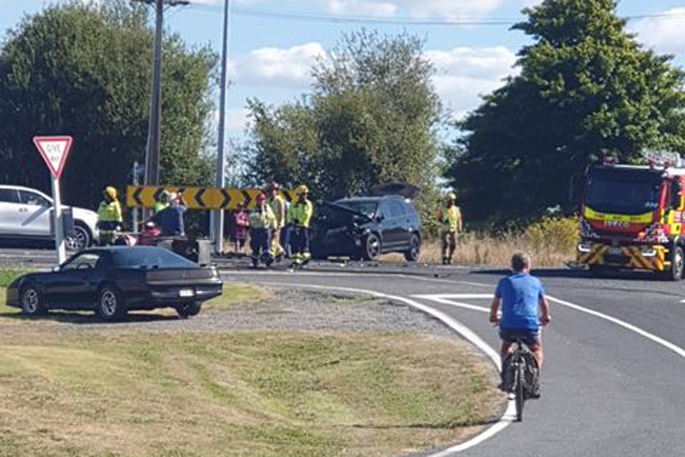 The crash scene at the intersection of SH2 and Arawa Road. Photo: Supplied.

Police are continuing to make enquiries into a serious crash in Pongakawa that left one person with critical injuries.

Emergency services responded to the two-vehicle head-on crash at the intersection of State Highway 2 and Arawa Road on Friday, at about 4.20pm.

A police spokesperson says one person was transported to Tauranga Hospital with serious injuries, and three others suffered moderate to minor injuries.

A motorist says they had a "close call" with one of the vehicles involved just five minutes before the crash.

The man, who wishes to remain anonymous, says the car drove onto his side of the road and continued driving towards him.

He says he had to swerve off the road to avoid a "head-on collision”.

"And then at the last minute, I pulled off the left onto the grass on the edge – and the car just went full throttle past me. It didn't slow down or anything."

The police spokesperson says no charges have been filed at this stage.

That cyclist is not wearing a helmet!