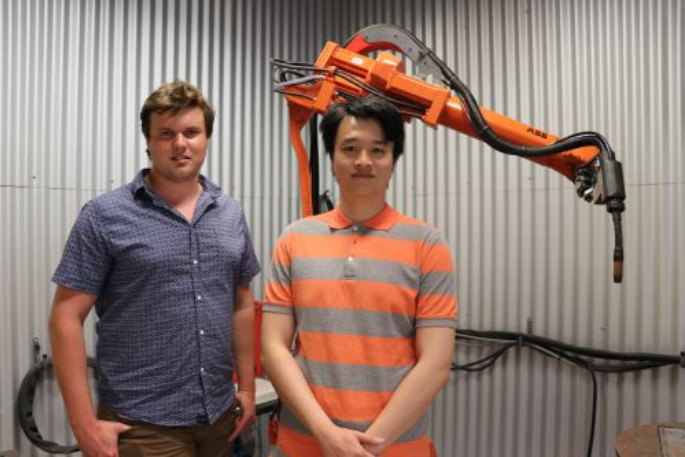 Tauranga is proving to be the place to be for smart thinking and solutions around engineering and robotics.

That’s the opinion of engineer Ben Jackson, 29, who is part of a team of four working to solve complex problems.

The business success story involves a refurbished robot imported from the United Kingdom by TiDA Ltd. - a Tauranga-based metals research business, which is being used to develop a robotic welding 3D printing system.

TiDA’s research engineer and University of Waikato doctorate student Ben Jackson says their waste-reducing technology has exciting potential applications for many industries – like heavy engineering, architecture and even art. 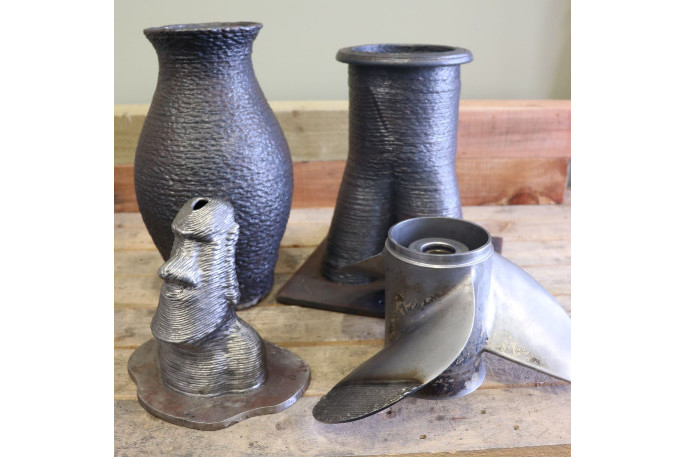 Ben says the importance of WAAM technology has been highlighted quite significantly by Covid-19.

“New Zealand is at the end of a long, and easily disrupted, supply chain for large metal parts that are vital to our country’s infrastructure, such as for power generation, water, shipping and food processing industries. Producing parts locally cuts out long lead times and logistics issues,” says Ben.

However, not only New Zealand can benefit from this new technology. WAAM may enable a faster turnaround time for the manufacture of parts, with files sent digitally rather than shipping large parts across long distances.

“Using complex software that’s been developed in-house, we can control the robot and the welder to build layers of weld on top of each other to make a part.

“The part can be built from any shaped substrate; you use the robot welding technique to build the part you want completely from scratch off that surface.” 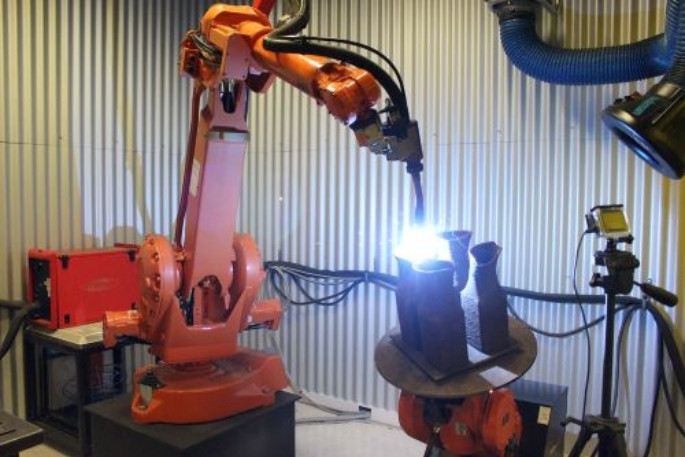 Ben says that another benefit of the technology is that WAAM can reduce waste in the manufacturing process. Parts made from a large billet of steel inevitably create offcuts. WAAM can build up material only where it is needed, so much less material is removed to produce the finished part.

While it is early days for TiDA and the robot, case study parts from overseas have included ships’ propellers, large parts for power generation like turbines, and aircraft structure components.

“We are very much scoping out and prototyping areas of application,” says Ben.

“For architecture applications we have built a number of different beam nodes which are complex joints that connect a number of beams as part of a larger structure. It’s exciting to see where the technology can go from here.”

The WAAM project provides just the kind of challenge that the University of Waikato graduate and former Tauranga Boys’ College student thrives on.

Ben cut his engineering teeth while on work placement at TiDA in the third year of his undergraduate degree at Waikato. After his placement, TiDA offered him the chance to take on a PhD project. That was in the summer of 2013 and he has been there ever since.

Today, Ben holds a Bachelor of Engineering (First Class Honours), is a research engineer at TiDA, and part-time PhD student, and is in a job he loves.

His work covers a range of engineering disciplines including mechanical, materials, mechatronics, automation, and software.

“These fields all overlap in metal 3D printing processes, so I’ve developed quite a versatile range of skills to tackle the engineering challenges in this field,” says Ben.

Work is ongoing to develop the software, which controls the robot, to allow for great efficiency and precision. TiDA is collaborating with machine learning researchers at the University of Waikato to develop this modelling even further.

Computer science student Le Son completed a summer research project at TiDA, investigating how machine learning can be applied to the process for monitoring and control. A large amount of data is generated from the 3D printing process; Le Son is taking this data and using machine-learning methods to try to model information about the part being printed.

“As we print one part, we recognise shortcomings and areas for improvement in that process and come up with new ideas which are moved on to another iteration. We use this practical experience of making the parts to feed back into the software and the process development.”

Le Son, who is in his third year of study, says the summer internship has been a highlight of his time at Waikato.

“Apart from the new skills I’ve developed in image processing, I believe the workplace experience I’ve gained at TiDA will make me more employable once I’ve graduated,” says Le Son.

Each day brings a new challenge for the TiDA team of four.

The company was formed to help New Zealand companies develop titanium metallurgy products, and provides research capability for other metals, ceramics and composites. It works on a variety of projects, many funded by the Ministry of Business, Innovation and Employment - MBIE, and actively collaborates with Callaghan Innovations, GNS Science, the University of Waikato and other tertiary providers.

“Our work involves bringing new technologies into the country where we introduce them to the New Zealand market, develop them, see what the business case is and then, potentially, spin out into production,” says Ben.

Which is precisely what happened when TiDA investigated a separate metals manufacturing process called Selective Laser Melting - SLM. That led to the creation of another business, RAM3D, which now provides this as a manufacturing service to companies both here and abroad.

Ben, 29, is nearing the end of his PhD study which is based around the SLM metal 3D printing technology, investigating how material properties may be modified by introducing additives into this process.

The young engineer is proud to be part of the TiDA team and small business success story.

“We’ve got a great team and we work really well together to solve complex problems with unique solutions,” says Ben.

“Tauranga offers so many opportunities in the engineering and robotics fields - I couldn’t think of a better place to be.”