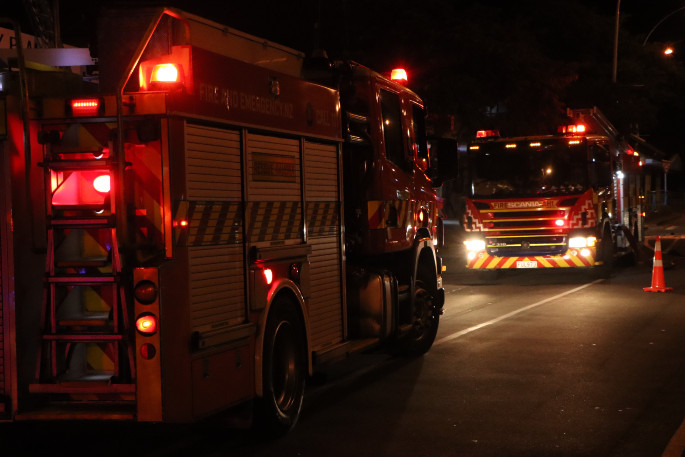 Three fire trucks were called to a house fire in Waimapu Rd in the early hours of this morning. Photo: Daniel Hines.

A fire investigator is at the scene of a Greerton house fire this afternoon following an overnight blaze.

The house in Waimapu Rd was well alight when fire crews arrived to extinguish it during the night.

“We received a call about 12.40am,” says Fire and Emergency NZ shift manager Craig Dally.

“An additional caller thought there might be someone in the house but there wasn’t.”

Dally says it took about 45 minutes to extinguish the blaze at the Waimapu St property.

“Three crews went there, and it was well alight when they arrived.  The fire was 10 metres by 15 metres and didn’t spread to any other houses.”

There were no reports of any injuries.

“A fire investigator is there this afternoon investigating the cause of the fire,” says Dally.