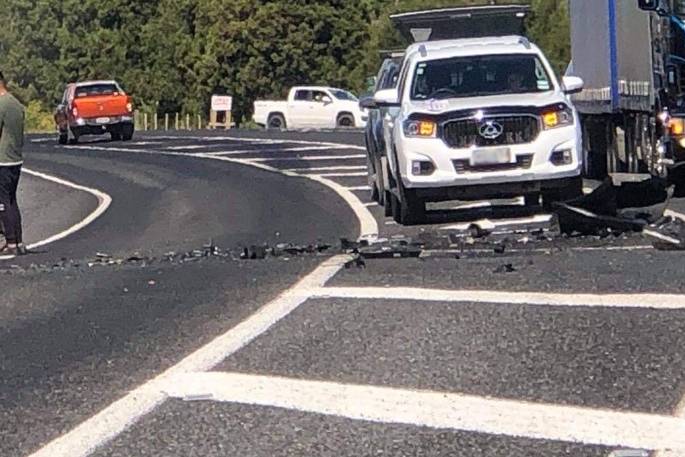 Debris scattered on the road following the crash. Supplied photo.

State Highway 2 is open following a serious crash in Pongakawa.

The highway was closed just before 4.30pm after two vehicles crashed head-on near the intersection of Arawa Road.

A St John spokesperson says one patient in a critical condition was transported to Tauranga Hospital in a helicopter.

Two others in a moderate condition and one with minor injuries were transported to hospital in ambulances.

The Serious Crash Unit was called to examine the scene.

The NZTA is reporting the road is now open