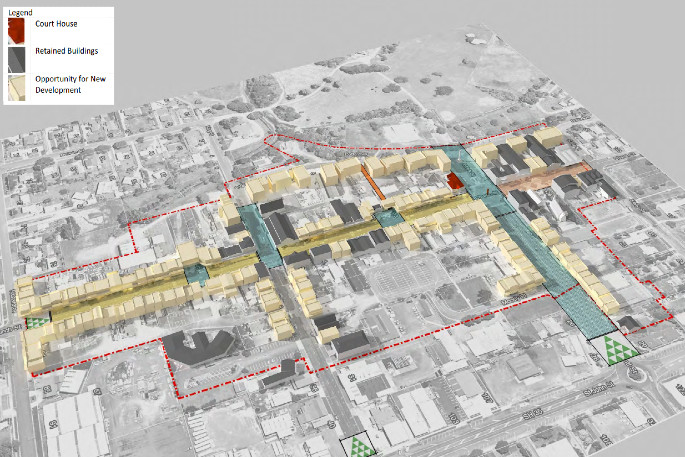 The Opotiki District Council will implement a new town centre masterplan, as a way of ‘revitalising’ the downtown area.

The Council endorsed the plan at the latest meeting on January 27.

Opotiki Mayor Lyn Riesterer says that the Plan is aspirational – it sets the ‘tone and direction’ as the town changes and grows over the coming years.

“The Masterplan is about creating a vision of what that future looks like in the town centre so that the growth happens in a way the community wants. We want to make sure that we hold on to the things we love about our CBD and make sure that the aesthetics of the town reflect our history and our plans for the future.”

She says Opotiki is at the start of a period of large-scale change.

“The Harbour entrance, the expanding aquaculture industry and the economic development they bring are already turning Opotiki’s prospects around.”

The Mayor says the masterplan will require cooperation between council and private owners and that the changes wouldn’t happen all at once.

Some of the improvements mentioned in the Masterplan are already underway such as upgrades to the skate park, a new entrance to the Motu Trails and Te Tahuhu o Te Rangi.

Others features mentioned in the plan are ideas and concepts that haven’t been programmed into Council’s budgets and work plans to date, such as road markings and ‘gateways’ to the town centre.

According to a statement from the council, the masterplan has been developed by a company that specialises in urban design and built heritage.

Council aim to complete the masterplan by the end of the year, which forms part of the Opotiki Town Centre Structure Plan.

As part of the masterplan, Council will consider three main options.

The first option is to ‘spruce up’ the town centre. This will involve activities such as painting building facades; repairing verandahs; decluttering signage and replacing flags- with new flags expected to be in place by September.

The second option sees council developing a heritage and taonga trail into, and around, the town centre, including interpretive signage and streetscape improvements to aid wayfinding.

The third option will develop a walkway/cycleway between the town centre and wharf.

This could be supported by streetscape improvements such as interpretive/wayfinding signage, landscaping, and recreation opportunities. Work on the cycle trail would be due to start by the end of August.

According to the Opotiki Town Centre Structure Plan Summary, the work within the masterplan needs to be completed with council’s budget of $200,000.

The last upgrade to the town centre was in 1996 at a cost of $1 million which included underground infrastructure, paving and streetscape.

Current challenges for the town centre include a ‘tired town centre’ as a result of poor maintenance and dated furnishings, lack of a clear theme and cluttered advertising signs, as well as limited retail offerings and recreation opportunities.