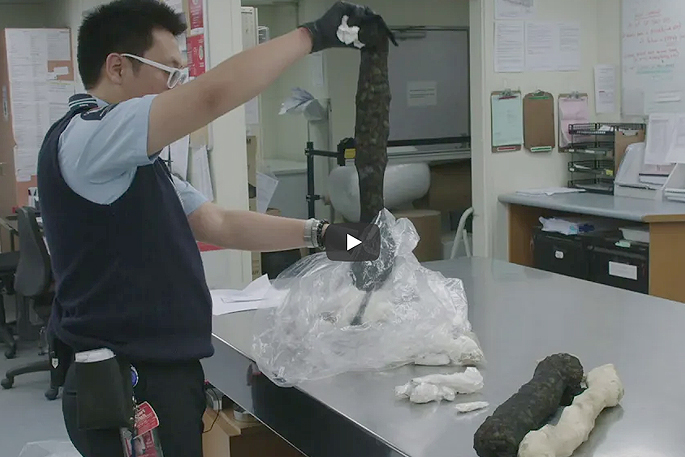 Images and video by MPI.

An Auckland woman has been sentenced to Intensive Supervision for 12 months and 100 hours’ community work for smuggling succulents and endangered cacti into New Zealand.

The woman was a seller and trader of succulents and cacti on TradeMe. Judge McIlraith took a sentencing starting point of 15 months’ imprisonment.

MPI Regional Team Manager Compliance Investigations North, Simon Anderson, says most people do the right thing when it comes to biosecurity at the border.

“This sentencing serves as a good reminder that anyone who smuggles plants or other endangered species into New Zealand can expect to be prosecuted.

“It’s important to remember that bringing unauthorised plants into the country by any method, whether smuggling through the border in person or receiving products by mail, puts New Zealand’s biosecurity at risk.”

Wenqing (Wendy) Li, 38, pleaded guilty to charges related to two separate incidents at the Auckland International Airport when returning from China to her Auckland home.

The goods seized were of a high commercial value. She was sentenced in the Manukau District Court yesterday.

On March 24, 2019, she strapped stockings containing 947 succulents and cacti on to her body and attempted to smuggle them into the country.

The cacti included eight endangered and threatened species. The plants were worth over $10,000.

After being noticed by a detector dog, Ms Li tried, unsuccessfully, to hide her offending by disposing of items in the airport toilets.

MPI officers prevented the evidence being destroyed and conducted a full search of the toilet area where a large amount of plant material was found, including three stockings filled with succulents and cacti in one of the rubbish bins inside the men’s toilet.

In a separate offending on July 23, 2019, Ms Li was found in possession of 142 unauthorised seeds hidden in two commercially packaged iPad covers in her luggage, as well as over 200 plant pots and garden ornaments wrapped in mouldy wet paper.

The plant pots were also found to contain a snail and two pieces of tree fern stem.

“Biosecurity NZ takes its role of protecting New Zealand from biosecurity threats very seriously. Our country is fortunate to be free of many of the invasive pests and diseases found in other countries.

“The Department of Conservation, New Zealand Customs, and the Ministry for Primary Industries all work closely together on cases involving the trade in endangered species and treat such cases as very serious offending, especially when detected in New Zealand.

“Our economy and way of life is dependent on keeping these threats out of the country." 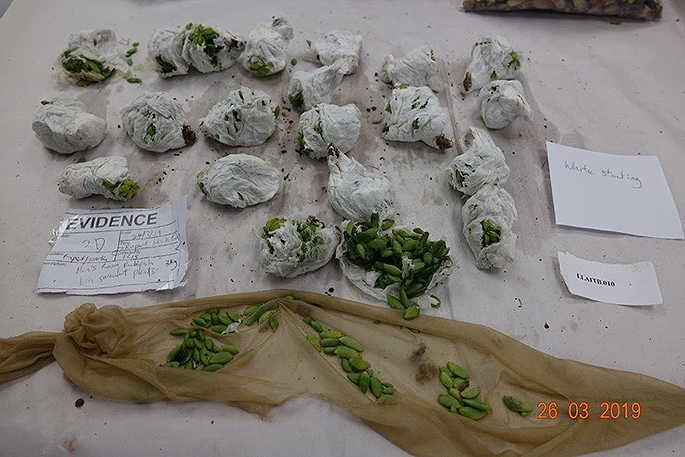 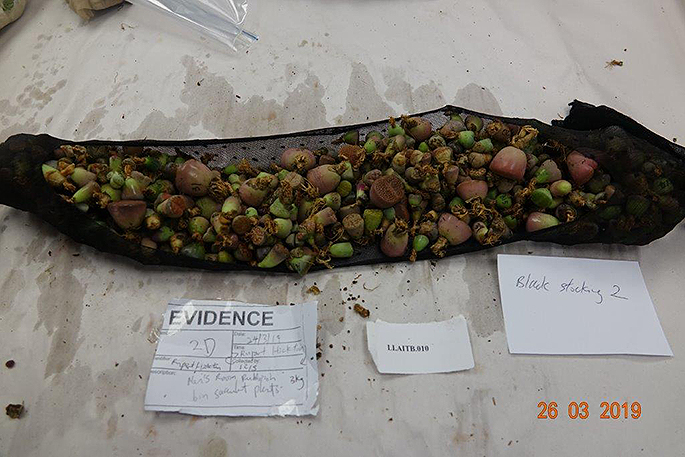 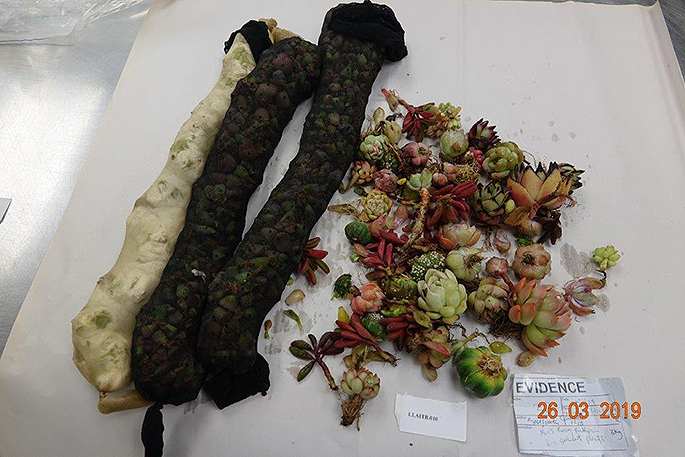 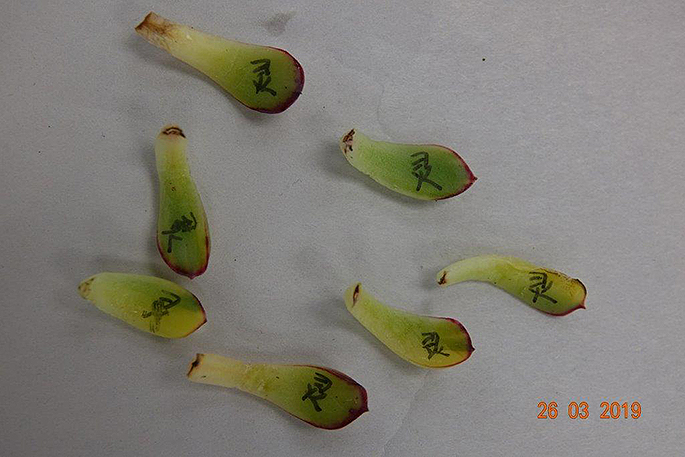 Succulent with writing on leaves.

committed the offence before ,if shes a immigrant ,she should be stripped of her citizenship/visa and deported.None of this pansy punishment when our flora fauna is threatened.

Her citizenship /residency is cancelled and she is deported back to !!!!!!!!!!!!! TWO attempts to smuggle prohibited plant material – how many were missed ???? TOTAL contempt for NZ biosecurity laws! We don’t need this type of person in NEW ZEALAND !!! Kick her OUT !! (Or TEN years JAIL !!)

Im continually seeing more and more Border infringements from NZ resident migrants. Why are the NZ laws lenient on these people that risk our horticulture and agriculture livelihoods. 3 times out I say