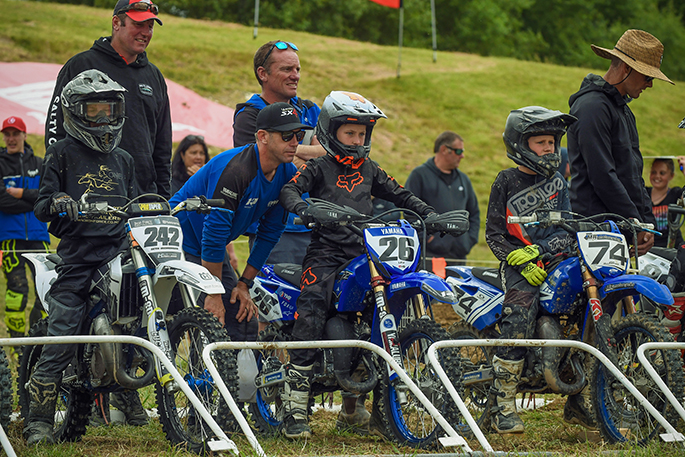 There is perhaps no better launch-pad for young Kiwi racers hoping to achieve motocross fame and fortune than the New Zealand Junior Motocross Championships,

This weekend, it will be all about young racers stepping up to be counted when the 2021 edition of this annual event blasts off in the Bay of Plenty this Saturday and Sunday.

A traditional breeding ground for the sport, this year's Farmer Autovillage and Yamaha-sponsored New Zealand Junior Motocross Championships on February 6-7 should again offer a few clues as to where the senior champions of the future will come from.

If several notable past examples are taken into account, it could also hint at which individuals might even go on to become world champions in the years to come.

Pukekawa's Tyler Brown is certainly one such rider who will be expected to step up and be counted at the Tect Park track, on Whataroa Road, Ngawaro, about halfway between Tauranga and Rotorua, this weekend.

Brown totally dominated the eldest of the junior categories – the 14-16 years' 250cc class – at the big annual New Zealand Motocross Grand Prix at Woodville last weekend, unbeaten in his three races and finishing the weekend ahead of Hamilton's Nick Westgate and Oparau's Hunter Scott.

Westgate and Scott, and no doubt a few other equally-talented riders, will be looking to hit back at him this weekend.

The Woodville event also threw up a few other names to watch for this weekend, including Invercargill's Jack Symon, New Plymouth's Rian King and Tauranga's Madoc Dixon in the 15-16 years' 125cc class.

Expect Te Puke's Flynn Watts to light up the 12-14 years' 125cc class this weekend, just as he did in finishing unbeaten at Woodville, although Leeston's Kobe Thoms and Tauranga's Aidan Roberts might have something to say about that.

Racing should be hot too in the younger categories, with riders such as Auckland's Lachlan Bourn, Waitoki's Cole Davies, Taupo's Declan Connors and Tauranga's Levi Townley likely to be among the frontrunners.

Top females to watch for this weekend include Palmerston North's Hannah Powell, Hastings' Halle Cox and Raetihi's Karaitiana Horne, to name a few.

"We've opted for a new date for the junior champs this year, earlier in the year than traditionally," says Motorcycling New Zealand motocross commissioner Ray Broad.

"We've listened to the riders and this time of the year allows them to consider camping at the track and it gives us longer daylight hours for the racing too.

"There have been some stand-out riders at Woodville and these individuals could be picked to win at Tauranga too."