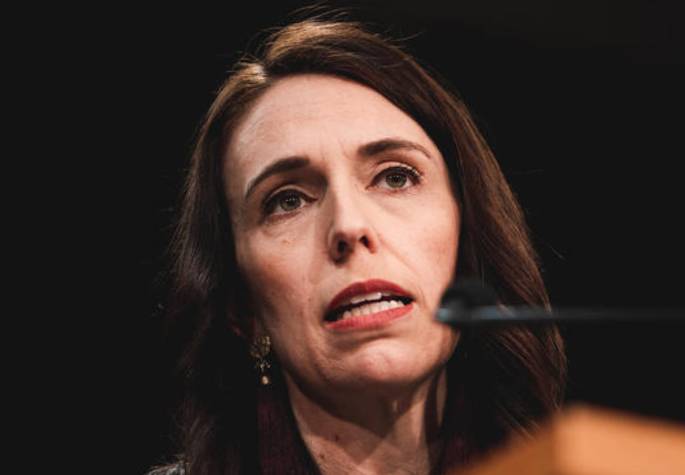 The commission's first report, published on Sunday, laid out a path to drastically reducing greenhouse gas emissions to meet the Paris Agreement targets.

"The commission has determined that the economic cost to New Zealand, as I've said, is not as great as previously thought.

"In fact, there are great economic opportunities for new jobs and new business over the coming years as we transition to an emissions free economy."

However, Ardern says the government will have to address the problem of costs not being distributed evenly across communities.

While the National Party cautiously welcomed the report, it says more analysis is needed.

The party's climate change spokesperson Stuart Smith questions whether the proposals are the most cost-effective way of reducing emissions.

He says he will like to see the Emissions Trading Scheme (ETS) get more use.

"Overseas evidence shows that those policies are incredibly cost inefficient and what we have in New Zealand is a very effective ETS, it's a very well-designed system and what we really need to do is utilise that.

"That puts a price on emissions, and consumers and businesses will make the decision themselves on how to lower those emissions."

Climate Minister James Shaw says the release of the draft advice is a significant milestone in the government's response to the climate emergency. 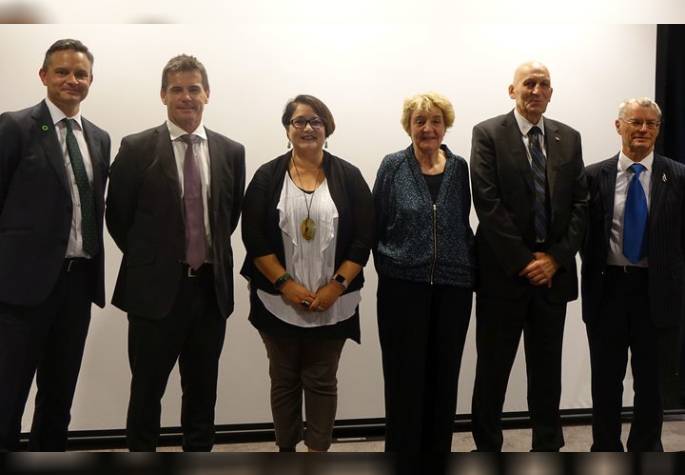 He says the report has significant implications for forestry, with a recommendation to move away from pine forests, often used as carbon credits in the Emissions Trading Scheme.

"They really want to change the way that we think about forestry from a kind of a short-term carbon sink through pine afforestation and rotational forestry into a much greater use of permanent indigenous forestry as a long-term carbon sink for the country as well."

Professor Troy Baisden, President of the New Zealand Association of Scientists, supports the report's suggestions but says more detail on agriculture is needed.

"Given that agriculture accounts for nearly half of New Zealand's current emissions, the report contains relatively little detail on agriculture and land use, except for reductions achieved by forests."

This reflected the difficulty and uncertainty in achieving emissions reductions in agriculture and projecting them forward, he says.

"The commission's analysis briefly notes significant yet uncertain areas of potential, such as an ongoing conversion from grazed pastures toward high-value horticulture, such as wine and fruit.

"However, a significant gap is understanding the potential for the growth of a bioenergy sector, and whether this might start to resemble agriculture more than forestry."

Baisden says this uncertainty around agriculture represents a challenge for the future, that will need to be addressed by new science.

"Getting such science in place will make New Zealand more competitive, and less dependent on the commission's recommendation to continue buying emissions reductions overseas.

"It will also help project a path forward that will enable innovation throughout our motu, and heed the commission's prerogative that "'climate related policies do not further compound historic grievances for Māori.'"

University of Canterbury political scientist Professor Bronwyn Hayward says the report shows we aren't doing our fair share to tackle climate change and there is plenty we can do to improve.

"We can achieve our Paris climate goals at lower costs than we expected and the commission says we can do it with existing technology and we don't (and shouldn't) have to plant as many exotic pine forests either."

She says the rates of change the commission had proposed - reducing emissions by two percent net each year to 2025 - are very gentle.

"To put this into perspective, recent research suggests that the country as a whole managed to reduce our emissions by an astonishing 41 percent for the period of our first level four lockdown..

"We don't want to put our society on hold for four weeks every year to reduce emissions. But that experience does give us an idea of what the power of collective action could do."

The draft advice is now open for consultation until 14 March and final advice will be released before 31 May.

The government has pledged to release an Emissions Reduction Plan before the end of the year after receiving the final advice, which will set out how the first three emissions budgets will be achieved.

.....lots of the usual ’smiley faces’...none of which would be prepared to go to one of the high pollution countries to protest and possibly get ’serious consequences’...these people are pathetic!

NZ will go broke if this report goes ahead as written.One year of our carbon is equivalent to one day of China,India is up there to.

The last percentage contribution towards climate change statistics from New Zealand that I read was less than a quarter of one percent. The idiocy of these recommendations is astounding. Without taking into account the battering our primary sector is going to take from these ridiculous proposals, who is going to fund the removal and replacement costs of the public and private transportation fleets... Public bus and coach fleets, school buses, not to mention the enormous transportation fleets for ALL goods and export goods. For a virtue signalling of less than a quarter of one percent saving.

All well and good but

So NZ will do it’s collective damnedest to reduce emissions at much effort and cost with our increasing population and more struggling to make ends meet. Mean while in countries who massive population in comparison are by manufacturing product with coal or oil etc to ship to our "clean green " country. They in turn improve their living standards and want what we have , cars , electronics etc . The world population ever increasing all wanting more of dwindling resources. Seems to me this ultimately doesn’t end well. Still we can feel good while we consume more and in effect pollute other countries who make it all for us