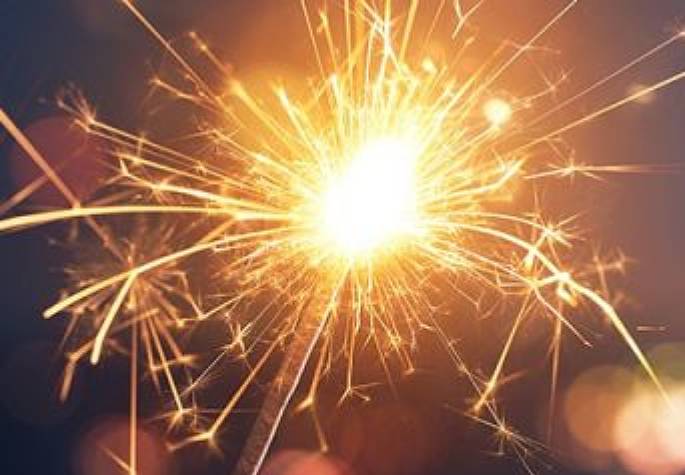 Sparklers and backyard fireworks expose users to breathing heavy pollutants, and parents should consider the health implications for children, a study has found.

A study by researchers from the University of Auckland has found playing with a sparkler for eight minutes is the equivalent of breathing a day's air pollution.

Most previous studies into how much pollution is created by fireworks have focused on big professional events, but backyard fireworks are still common in New Zealand.

The study's lead, Dr Joel Rindelaub, from the University's School of Chemical Sciences, says children are particularly vulnerable to particulates in the air as they breathe a higher air volume proportional to their size.

And small fireworks are often marketed as being 'safe' for children and pets.

Instead, they've been found to breach safe air quality guidelines.

"We looked at sparklers specifically because they're often marketed for use around children, because they might be a 'safer alternative', when in fact as far as air pullution goes it might not be the case because of the extremely high levels of smoke particles that are generated from these."

They found 'personal fireworks', such as sparklers, smoke bombs and ground spinners all produced "extremely high" levels of particulates.

Air samples were also taken in Henderson, and showed particulate matter in the air rose more than 75 percent over the 12 hours of Guy Fawkes night.

"This study shows that pollution from fireworks over the Guy Fawkes celebrations is higher than we expected, and that it can have a short but significant effect on people breathing in the fumes," says Dr Rindelaub.

"It is definitely something that we should research more, and there should be a level of awareness for parents, about exposing their children to these types of smoke events."

Its just Gunpowder mainly Maybe if we are going to ban Fireworks - Then we might as well try to ban guns that fire lots of bullets..............oh wait ???

Give us a break, Nanny.

Whether you like fireworks or not (I do...but with care around pets) , why has it taken 70 years to recognize the "other dangers" of fireworks for children? Used and enjoyed fireworks all my life. I’m still here... Neither particulates nor chemical oxides (in the proportions we are talking about, over the time we are talking about) are likely to seriously damage young children, any more than they would be damaged by living in a City with an Industrial Zone (or, in our case, living close to the Port of Tauranga at the Mount...) I can’t give any real credibility to this report and it just looks like the Fun Police justifying their existence. There IS a case for making fireworks only available as controlled displays, but it hinges on real dangers, putting explosives in the hands of idiots, not particulates and chemicals.

here we go again. those against fireworks are always trying to come up with new things to ban them. if you are using fireworks every day then yes they might be bad. fireworks have been around for thousands of years. nowdays we only let them of for a few days a year so there is no air polution